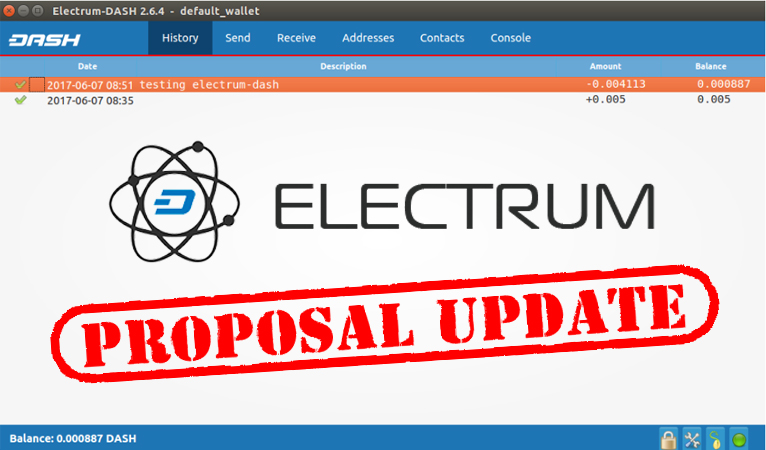 The Electrum wallet for Bitcoin has been around since late 2011 it is an open source project written in Python.  Development to support Dash was first approved in September 2015 with proposals for adding servers, support for hardware wallets and masternodes following.  In total the Dash treasury has invested about 1075 Dash which was worth about $14,000 based on value at time of request.

The first release of Electrum-Dash was in January 2016 with a Dash forum announcement by Robert Wiecko (kot)  Electrum-Dash with Trezor support released!

Much of the development work was done by Tyler Willis of Mazaclub.  He was then funded for several months by a series of proposals for maintenance / support to keep the wallet up to date with Dash.

Once the Nov 2016 Electrum proposal expired Dash core ended support and problems were being reported Dash forum post by magick on Feb 26, 2017 and a “fix” Electrum stuck transaction – export for work around from March 17 2017.

I have tested the latest version of the wallet on Linux and had no problem receiving and sending transactions.  There are many resources for Dash users to learn more about the Electrum wallet.

“I submit this proposal to continue development and support of Electrum client and server.  Also, to mitigate community risks for drawing funds from Treasury and not delivering, I plan regularly submit proposal only for the work actually done.”

Akhavr AKA Andriy Khavryuchenko started with Dash in late 2014. He also is the owner of another proposal for an  Open Source Ripple Gateway for Dash. I asked akhavr a few questions to better understand his motivations.

What got you interested in taking on this project?

I was lurking the project for a long time, but haven’t really much time to invest into it.  Due to the Dash price rise early this year, I decided to get involved on a much larger scale.

I develop in Python for very long time (10+ years), so the electrum wallet and server are the best places I can place my efforts and show results quickly.

Where do you see electrum wallet fitting in with the other wallets now available?  Why should someone use electrum over dash core or jaxx?

Dash Core is a “reference” implementation and, thus by definition, it would be very conservative. Jaxx is nice, but it’s not open source.  And that means that one can’t play with it to try new things.

My vision is to make electrum the open source SPV wallet of choice.

In my proposal I’ve posted my current roadmap:

Of course, my plan will be updated, since I’m getting feedback from users and community and reflect this in my priorities.

Akhavr lives in Ukraine where he says they have a vibrant cryptocurrency community with very active development. 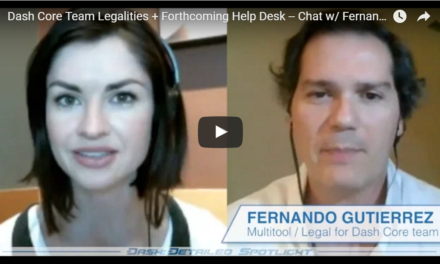 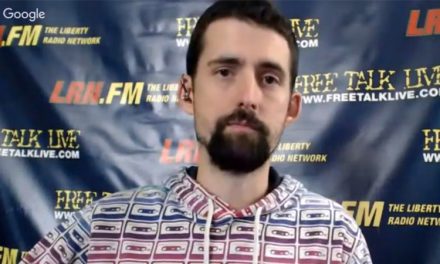 Interview With Ian Freeman On Digital Cash And Cryptoanarchism