Dash has historically maintained low transaction costs, which has allowed merchants and consumers to use Dash in everyday transactions.

A part of transaction costs is also time spent waiting, or block time, since this heavily affects how quickly a merchant can sell their goods/services and how quickly consumers can receive their purchases. Dash also excels at this feature with a block time recently fluctuating around 2.6 minutes. This is much faster than the standard block time of 10 minutes for Bitcoin and Bitcoin Cash. Plus, Dash users can also use InstantSend to get instant transaction confirmations in seconds for only a few cents more.

The extremely low transaction costs have allowed consumers to use Dash in everyday transactions no matter what they were purchasing. This played a huge difference when Bitcoin’s fees spiked in late 2017/early 2018 leaving many consumers with having to choose between paying large fees or waiting a long and unknown time period for their transactions to confirm. At the time, this made using Bitcoin only viable for large transactions where the large transaction fees would still be a small percentage of the overall transaction amount, which partially led to Bitcoin being called a ‘store of value’ and ‘digital gold’.

This occurrence led to many individuals leaving the Bitcoin community since it became unusable for their everyday lives and was no longer a consistent peer-to-peer digital currency. One of those individuals was Joël Valenzuela, who used to live exclusively off Bitcoin, but now lives exclusively off Dash. Joël told Dash Force News that it “became untenable to live off of Bitcoin anymore, and so [he] had to switch to something that worked”. He emphasized how over just a couple years, the “Dash ecosystem has vastly improved since [he] started” and that, currently, “it’s easier to live off of Dash than any other cryptocurrency”. Joël added that he still continues to use Dash even though Bitcoin’s fees have dropped since he just does not have faith in Bitcoin anymore.

“Well-planned lives, business[es], habits, etc. need long-term planning in order to be successful. Who cares if Bitcoin is cheap one day if it’s prohibitive the next? If you can’t count on it to work, it doesn’t work. You wouldn’t own a car that only starts half the time if you had any other choice.”

Joël further highlighted the faults of Bitcoin that cause the higher fees, which Dash has avoided with solutions.

“I have no faith that BItcoin will be consistently usable in the future. With no plans to increase on-chain capacity, and yet-to-be-proven second-layer that may not even deliver on the original promise of decentralized cryptocurrency, it’s best to focus on using something that works now.”

The low transaction costs on the Dash network have been enabled by the Dash DAO that not only incentivizes individuals to maintain and improve the network in favor of Dash users, but also structures the Dash network for optimal upgrades and transaction use. The Dash DAO allocates 10% of block rewards to the treasury to then be distributed to proposals voted on by the Masternode network. Masternodes are incentivized to make decisions in the best interests of the Dash community since they have to stake 1000 Dash and thus have a vested interest in the improved functionality and usage of the network. Through this system, the Dash DAO is able to professionally pay developers, known as Dash Core Group, to maintain and improve the network. This not only enables better motivations than volunteer organizations, but also prevents third party funding of development, whom might have perverse interests that run orthogonal to the desires and interests of the community. Additionally, it keeps the developers beholden to the network since they must regularly renew their funding.

The Dash network also employees other features, such as sporks, which helps Dash smoothly upgrade its code base and enables InstantSend to allow instant transaction confirmations. As mentioned above, research into the long-term scaling of Dash has shown that Dash can easily scale to much larger sizes and still maintain its record low transaction costs. All of these features have enabled Dash to repeatably release improvements that have consistently maintained Dash’s low transaction fees and fast confirmation times. These consistent improvements have given users confidence that Dash can continue to maintain these low transaction costs, which has helped increase wide-scale adoption of Dash by merchants and consumers. 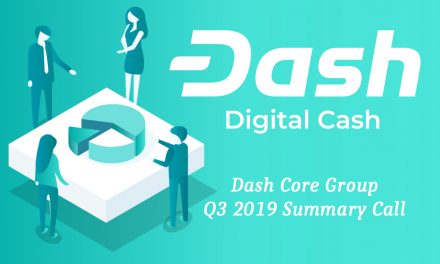