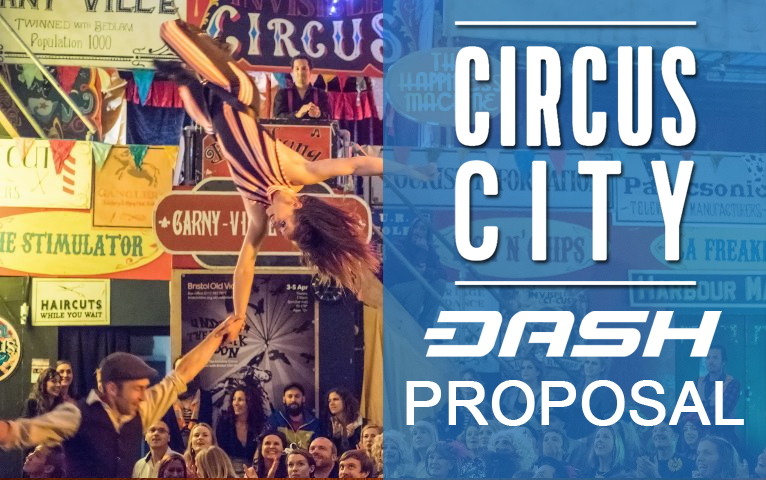 An important way to foster the adoption of Dash is to focus on niche markets or unique communities.  One of the people who is doing that now is “Syntheist” (Edward J. Rapley) who is working with the Bristol, UK circus community.  He has partnered with Lina B. Frank the co-director of Circus City, who is also a big advocate of Dash and its integration with the festival.  Note: it is always important to have an “inside” advocate for any big project.

Circus City is an international contemporary circus festival that happens every 2 years. The next festival happens from the 12th to 29th of October in Bristol, UK. In 2015 the festival sold 6,000 tickets and hosted 50 events and performances across 15 venues in the city. 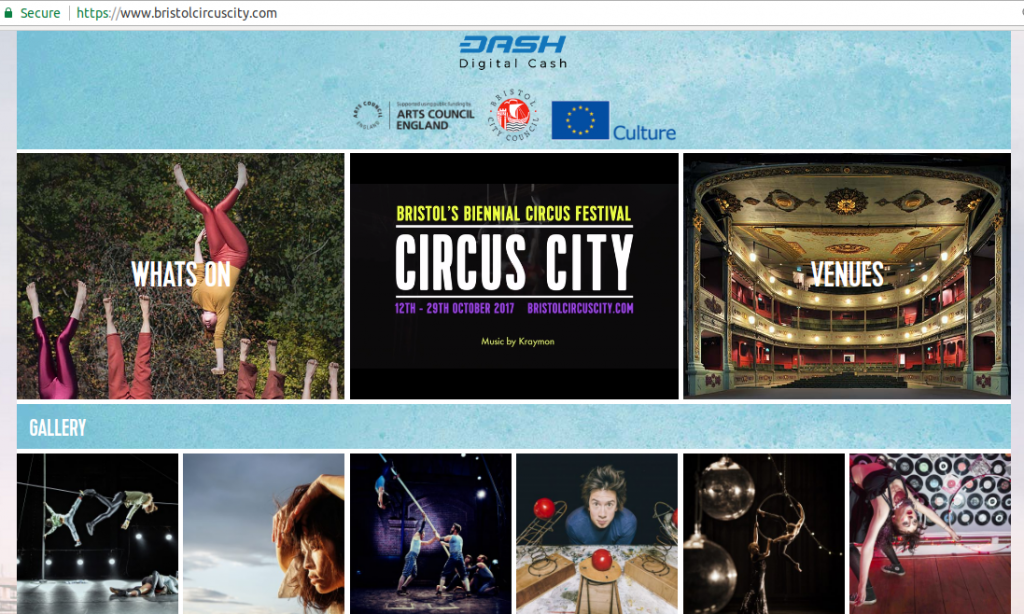 Bristol is an innovative hub for circus folk

Bristol is the perfect city in which to promote Dash as it is a tech hub within the UK and it is also well versed in alternatives to fiat because it has a local currency, the Bristol Pound, with its own bank accounts and physical notes.

Bristol is also the home of Circomedia an Academy for Contemporary Circus and Physical Theatre.

We aim to be the UK’s centre for research and production of transformational experiences arising from circus. We do this through offering professional circus education on our BA and Foundation degrees, BTEC and Masters courses.  Through a varied and dynamic performance programme featuring companies that push the boundaries of circus and physical theatre. Through classes that inspire people of all ages to discover circus skills. And through working with artists and the community to promote the liberating possibilities of circus and physical theatre. 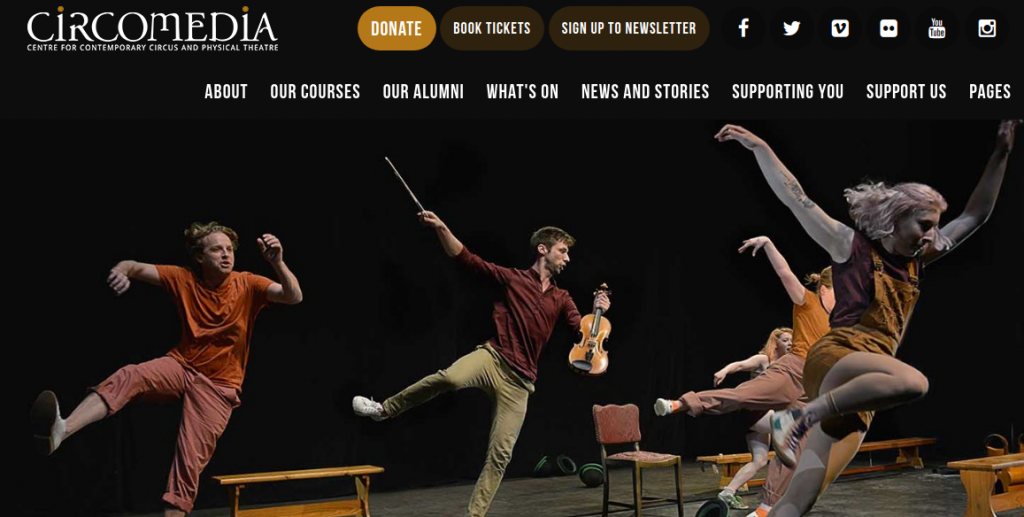 When I talked with Syntheist he described himself as an anarchist and said that was common in the circus / arts community that he works with.  Circomedia seems to confirm that in their definition of circus.

The current Bristol circus scene is rooted in the alternative movement that began in the 1970s and which was born out of the protest movements in France, the UK and the USA. In the UK, the early wave of urban youth seeking an alternative rural lifestyle nurtured the early fairs in East Anglia and South West England, which added other kinds of performance to the music-based event. These both celebrated showman traditions, including circus, as well as introducing and popularising new forms emerging from art schools and alternative theatre, including ritual, installations and walkabout performance.

Being the first festival in the UK arts sector to be sponsored by a cryptocurrency will be a major talking point, Circus City already receives attention in the national press and this is likely to increase significantly as a direct result of the sponsorship.

Syntheist explained to me that many circus performers work internationally and are faced with the problems and risks associated with being paid in multiple currencies. He said that in one week a performer may work in 3 different countries with different currencies and that many performers may not have bank accounts.

He also said that in the contemporary circus community the rapid adoption and adaptation of technology is commonplace as part of pushing the boundaries of their performance art. This makes the circus community likely early adopters and vocal advocates for Dash. He said that it was circus people that got him first interested in digital cash.


The Plan to promote Dash use

Based on what is presented in the proposal there will be a strong program to promote Dash use to the 200+ performers (main focus) and the thousands of attendees at the Circus City event.

Syntheist explained that he plans for the help desk to provide very hands on support during the event and they are providing an email address for people to get help before and after the event.  He is also developing educational printed materials.

The proposal also provides a schedule of tasks to be completed before, during and after the event.

This will be the first year they are producing a documentary of the event – thanks to the Dash sponsorship. They also are hoping to present the research report to a seminar of 300 circus producers.

I am sure the whole Dash community wants to see this proposal be a success.  What I see as important factors that should help it to be successful are: