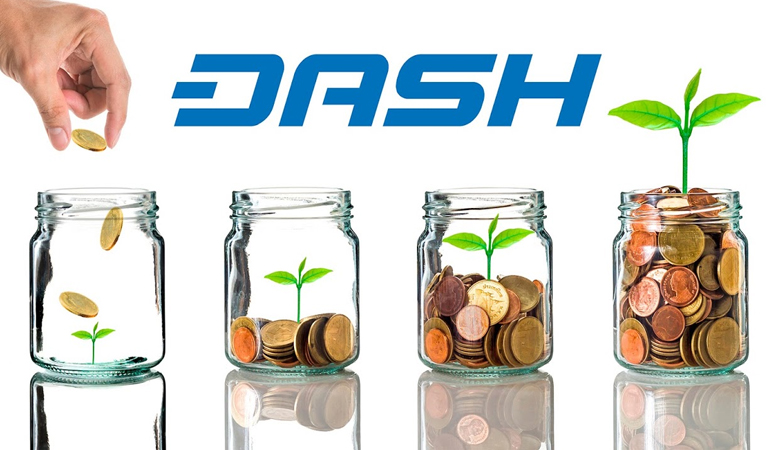 Almost 57 million Americans have absolutely no emergency savings. That can be scary if you’re one of them. Luckily, using Dash can help you fix that.

Everyone has their own reason for not being able to save up for a rainy day, but I’d be willing to make a guess on a couple of them: expenses are too high and people can’t afford to tie up money they might need for bills at a moment’s notice. I’m here to tell you that Dash can take care of both, and allow you to build a safety net far faster and easier than more traditional methods.

It keeps going up

First, the obvious: your money keeps appreciating. If you had about $500 in savings a month ago, that would be double already. Dash has gone up fairly consistently this year, with some crazy growth. If you had managed to hold on to that $500 at the beginning of the year, it would now be worth $10,000, 20 times more. Now you’d have some decent savings.

You can spend your savings instead of having it “locked up”

Other investments can penalize you for withdrawing early, charge conversion fees, or take a long time. Even Bitcoin will cost you a few bucks just to send, and could take a while depending on the state of the network’s congestion. Not only can you move Dash for just a couple cents without losing any profits, but you don’t even need to convert it. You can spend it on a variety of things (check the ever-growing list at DiscoverDash.com). A lot of people don’t save because they don’t have enough to have separated into a special account, not able to be touched. With Dash, you can use it for a bunch of your expenses, freeing you up to have your money in something that will grow.

Dash discounts allow you to save big

A few different places will give you a discount for using Dash. The biggest one is BitCart.io, which gives you 15% off Amazon.com when you use Dash. Since you can buy almost anything off of Amazon, and it’s a pretty cheap site, that will give you some extra savings every month. People living in New Hampshire will be able to buy Irving Oil gift cards, meaning they can save 15% on gas as well.

There’s a few situations where you need to just plain send money to someone, whether it’s to a friend or family or to a contractor who doesn’t use banking services. With Dash’s couple-penny transaction fees, you can save on using different transfer services like Western Union or banking.

You can start working on masternode shares

Finally, when you get a little bit of savings built up, you can start looking into masternode shares. One of these costs close to $5,000 right now (25 Dash), and returns around $30 a month. You do have to keep that Dash locked up, but all the payouts are in Dash, meaning if you held on to your earnings for six months and the price doubled, that $180 extra you earned would be worth $360, not to mention the $5,000 share being worth $10,000.

So between transaction fees and discounts, you’ve saved on expenses. Now that extra bit of money you have has gone up in value, and you might have even been able to get a masternode share to keep building on that value increase. For individuals and families who are living on a tight budget, using Dash smartly can make a big difference in financial stability.