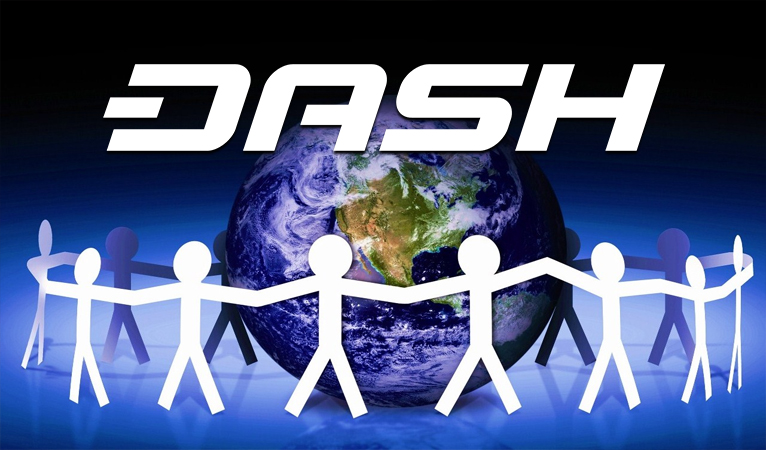 Dash may very well be the first decentralized autonomous organization, or DAO. Instead of other decentralized currencies (including some that have a centralized company or organization behind them), Dash has a loose governance structure and self-funding mechanism: 45% of new coins created goes to miners, 45% goes to masternodes (who invest a considerable chunk of change in the network and therefore get to vote), and 10% goes to the treasury, the self-funding mechanism for the network. This unique system means that Dash is a living, breathing ecosystem that keeps working without any outside help.

This is truly an amazing advancement in how humans organize projects, however we should do our best to wrap our heads around all possible implications. The DAO may very well be unstoppable, and that could mean any number of things for humanity.

Other coins are merely tools, not organisms

It’s important to note when looking at the cryptocurrency market rankings that most are simply tools. The tokens perform a certain function and are priced at a particular rate. This speaks nothing of how many people work directly for the project, how many work indirectly through expanding the ecosystem, how much funding each of these groups has, etc. The lines between “Dash” and “Dash user” are much more blurry. A Dash power user can have a vote on how the whole network is run, or even create a subdivision funded straight from the blockchain with its own employees and mission separate from all currently-operating teams. When another coin’s price goes up, it simply goes up. When the same happens to Dash, the whole organism grows.

The DAO spreads organically, has the focus and efficiency of an organization

Now we have to remember that the DAO is an entirely new experiment attempting to leverage the best parts of different models. Like other open-source distributed cryptocurrencies, Dash is open to global participation: anyone can download the client and start using it, anyone can mine, anyone can buy and sell it or exchange it for goods and services and integrate it into any platform or service imaginable. Because Dash is entirely decentralized, it can spread very quickly without permission or central direction from anyone. However, unlike other decentralized projects, Dash is also an autonomous, self-funding organization. This means that it can have focus and direction, as well as a lot of funding.

Compare models: when another coin wants to grow, its supporters individually have to go out and promote it, and when the price goes up, the community has to intentionally organize, start a crowdfund, and attempt to plan efforts to grow the coin. There is no way of efficiently contacting all users around the world, determining how much extra funding is available, and convincing them to donate to outreach operations and other projects. With Dash, 10% of the monthly new coin supply is available for projects at zero effort, and the whole network can be polled and accessed very easily to establish consensus over what path should be taken next. As simply as calling a corporate board meeting (simpler actually) you can access a global decentralized network and harness its resources to further the project.

Here’s where it starts to get interesting. Every time the price of Dash goes up, more funding is easily available to grow the ecosystem. This in turn adds value to the project, which propels the price upwards. Which brings more funding available to grow the ecosystem. Which attracts more businesses and large players to integrate, invest, and participate, in turn increasing the value yet again… which, you guessed it, means more money in the budget to keep growing the ecosystem. This balloons larger and larger month after month. If another coin drops in value after a price spike, all progress is lost unless developers cashed out at its peak or new businesses integrated based on that temporary bump. With Dash, that extra money went out already to grow the project, increasing chances that the price will go back up again.

We ultimately don’t know how the DAO will turn out

We have to remember that nothing like this has been done before. Decentralized movements have come and gone, disappearing when the momentum behind them fades and due to the lack of firm consensus of direction and sustainability. Centralized organizations have a hard cap on them in the form of their concentrated leadership, their need for continual funding, and their ability to be targeted and destroyed as a single entity. The DAO grows fast and globally without permission or a central body or group to be targeted, and self-funds, meaning it doesn’t need to make a profit. Remember, Dash has no “expenses” in that the network runs itself without any contact with the treasury. All of that funding is free and clear, and the larger the DAO grows, the more is available, without added constraints of the costs of running such a network. This is a new model with potentially limitless growth. Where will it take us? I don’t know. Nobody knows.

What if this thing takes over everything?

Here we get to the eerie side of things. What happens if Dash grows large enough to become the prime sponsor at every single cryptocurrency event globally? The exclusive sponsor? What happens if the Dash network buys every major exchange out there or subsidizes them to have lower fees, forcing competitors out or underground? Can the DAO own or create essential services like power grids, infrastructure, emergency services? How about territory, structures, defense forces? Entire islands and countries? Is it possible that we will someday live in a world where the Dash network owns just about everything, from public services to transportation to entire large-scale corporations? If so, do we even want to live in that world? By when do we have to decide that?

The DAO is incredible. Where will it take humankind? That’s a question all of us may have to start thinking hard about much sooner than anyone is expecting.