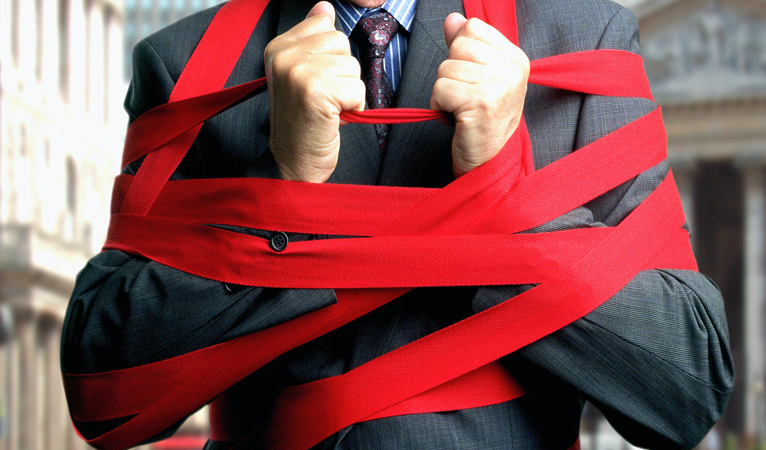 After a recent kerfuffle over business development dealings and communication issues with Dash Core, a discussion in the Dash community was sparked about greater accountability and management for the various operations working in the greater network. Some voices in the community advocated for more direct management over the organizations funded by the network, establishing more direction into their operations by the masternodes.

While I understand perfectly where this desire comes from, I’m very much against the concept of overregulation of a free system that has been the envy of the cryptospace.

The strength of Dash’s governance is in its brutal simplicity

Dash’s governance system and self-funding DAO has been the envy of the cryptospace, and has spawned many imitators. A big factor in this success has been the system’s simplicity: 1,000 Dash gets you a vote on budget items, which cost 5 Dash to submit and can be for a few different payment structures. Proposals can include text, and masternodes have three simple options: yes, no, abstain. Proposals with a net 10%+ of the network’s votes pass and are funded, others are not, and successful proposals that go over-budget are rolled over into the next cycle. That’s it. Not much can go wrong here, and the lack of extensive rules means extreme flexibility in governance, as well as a lack of unintended consequences and professional “crypto-governance laywers” to maximize the rule set. It’s simple, and it works because the network is able to fill in the blank pages with how they wish to run the governance system.

Another advantage in simplicity is that the fewer moving parts exist, the fewer attack or error vectors are available. A system that does very, very few things allows developers to ensure that every possible bug that could arise is well covered. Even with Dash, several errors have produced themselves as recent at late this year, including an error due to a multisignature wallet and a proposal rejected because of a decimal in the requested amount. As has been abundantly demonstrated with the Ethereum network, complexity can cause disasters costing hundreds of millions of dollars or more.

Simple community pressure, coupled with investigations, has proved to be effective accountability

As previously noted, several calls for a more involved governance system cropped up around certain aspects of the Core team’s operations, which I will address directly here. To my understanding, many in the community took issue with Dash Core’s recently reduced communication, as well as a degree of unresponsiveness in its business development department due to what was later revealed to be an unplanned semi-permanent sabattical. Three investigative articles, one joint statement, and one conference call later, communication and operations have largely been smoothed out. Thanks to the professionalism and dedication of the Core team, all it took was community demand and a little investigative nudge to make everything work great again. In the future more codified and involved measures may be needed, but I think that’s doubtful. We seem to have found a very simple solution, again with few moving parts.

Now, of course, the Core team is a poor example of the limits of required governance, due to just how good of a job it has done historically. There are much worse contractors in the space (Charlie Shrem comes to mind), and the simple “sic Dash Force News on them” tactic won’t work for everyone. Yes, we need a more involved governance system, but it should arise organically.

Already, we have seen bits and pieces come together: multiple escrow services, multiple pre-proposal reviewers, post-proposal reviewers and investigations, and possibly soon a more comprehensive project tracking system. With more challenges will arise more solutions, tailored to the needs of the network at that time. Most importantly, those systems will come around by choice, and will have the opportunity to fail if inadequate, or be used in conjunction with future improvements to governance. The free market approach allows the best to rise to the top, rather than saddling the network with a one-size-fits-all model that sounded good at the time, but later turned out to be a horrible idea.

One proposed approach that, in my opinion, would spell certain doom for the network is a bureaucratic management of the various sub-DAO projects and organizations. The strength of the network is in its freedom and entrepreneurial spirit: anyone can participate and get paid to work out their ideas if the network thinks they’re valid and deserve a chance. This leads to great innovation, energy, excitement, and effectiveness. Of course, many ideas are bad, and even more are good but incomplete, or require some manner of oversight. However, this is generic and applied on an as-needed basis at present.

The masternodes looking into the progress of each project every time they come around for more money is pretty standard and sufficient for many proposals, while ensuring that regular updates are provided works for most others, coupled with the occasional constructive feedback. A very few are both important and untrusted enough to require an escrow service to deal out payments only after regular and detailed deliverables are provided. What would effectively ruin the magic of the network would be to establish some sort of committee looking into the day-to-day activities of each sub-DAO organization and effectively telling them how they should be doing their job. that amount of restriction and red tape would not only make the network less efficient, but it would drive away some of the amazing talent that Dash has managed to attract through its possibility-filled ecosystem. I know that if I had to submit a list of article ideas and my speech notes for pre-approval by a board, I would quit Dash in a hearbeat for a self-governing network that let me work to my maximum potential. And I know I’m far from alone in this.

Remember: be both active and patient!

What, then, can dissatisfied Dash network members and masternodes do right now? First, they can get active. The decentralized governance structure will take a lot of hardworking and smart people contributing their best efforts at creating something amazing. Start trying to build out the ecosystem. Second, be patient. Dash is still very young, and it’s a critical pioneer in the space of decentralized autonomous organizations. Rome wasn’t built in a day! Things will get a lot better, possibly soon, but it will also potentially take a while. We can wait. We wouldn’t want to act with impatience and inadvertently ruin the top-tier potential that Dash has to revolutionize the way humans structure their efforts, now would we?