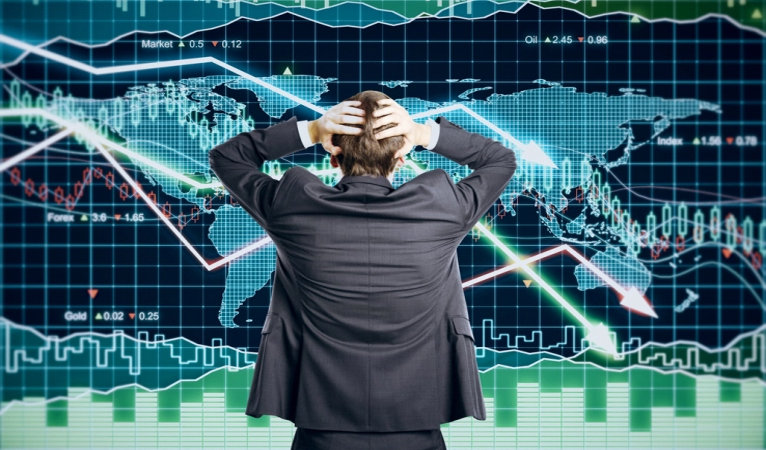 Now that the cryptocurrency markets are down $150 billion for three days straight (don’t laugh, some in the field view this as an eternity), it might be a good time to talk about the inevitable crash. No, I don’t think that blockchain-based decentralized digital assets are a scam, relatively unimportant, or even undervalued at the moment. I just know that, with such insane growth over the past year, coupled with the sheer number of projects with little to no viability still performing great in the markets, foretells a correction. Winter is coming for crypto. It will be fine in the long run, but not from some miracle or voodoo magic, but from proving its undeniable value in the face of a bear market.

The expectation that Bitcoin will go up is fairly recent

The average Bitcoin investor of the modern age operates under one great assumption: that it will hold its value and continue to go up. This is based on the digital gold/store of value concept which assumes that, based on certain properties, the fiat-denominated value will appreciate over time. This is a bit of a contrast with the investor of yesteryear, who similarly believed that it would go up in value, though believed that this would result from functioning for payments, wealth transfer, and all sorts of other use cases. Now, your typical crypto investor simply believes that it will go up, without having a clear or focused picture as to why.

We have to remember that, last time around, Bitcoin effectively went down in value for nearly two years. This meant that anyone holding it was effectively burning money for years on end, with all indicators pointing on no recovery approaching. This really put its original use case to the test: peer-to-peer electronic cash. It was during this period many of the great businesses and services which have since become hallmarks of the ecosystem really kicked into high gear. The hype that propelled Bitcoin past $1,000 was put to the test, and it could only rise again after it passed that test.

Value even in the face of declining price won the day

What saved the cryptocurrency ecosystem from the wasteland of failed tech wasn’t mere patience and faith. It was immediate, undeniable value. If you bought Bitcoin you could send it as a payment across the world for just pennies plus whatever rate the coin had declined by during that time frame, netting savings over traditional methods. You could pay a sprawling team of employees and contractors all over the world without having to deal with transfer costs, exchange rates, banking fees, or any host of other costs and restrictions, saving far more in time and money than the fiat value you lost by holding a depreciating asset. The value of crypto kept going up even in the face of declining price, which in time led the price itself to go up.

The real crash will shake out all but the useful

Right now, the price of distributed digital assets is relatively high because of some expectation of future price gains, but behind the circular, pyramid scheme reasoning for price gains, there lies an expectation that their value irrespective of price will increase. Markets rise and fall, and when the fall becomes too steep for the average investor, they will jump ship faster than ever. No one acts against their own economic interests long-term. What you will see is investors sticking around who still find value despite a falling price: can they move wealth instantly and securely anywhere around the world for just pennies? Can they use this tool without a great deal of technical knowledge? Is participation easy to set up, without going through pages of restrictions and disclaimers? Is the network both robust and decentralized, reducing fears of a collapse or censorship? Can this system protect their financial privacy, an increasingly rare good in the modern age? If the answer is yes, then you can be sure that said project will weather the storm and come out on the other side truly dominant, while others fall away and become but a memory.