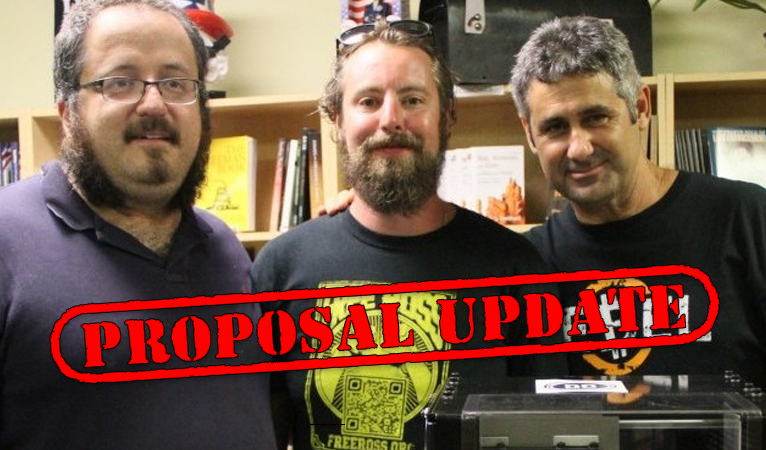 The Crypto Show started at the first Texas Bitcoin conference in March 2014. The show airs on a FM radio station in Austin every Wednesday and Sunday night. It is also broadcast on several internet networks and distributed as a podcast.  The hosts are Chris Neandrathal and Danny Somthin.  They do a fun free wheeling show that starts off with Pinky and the Brain.  They call Dash “Bitcoin with customer service.”

The show and the hosts outreach programs have been funded by a series of Dash treasury proposals:

These proposals add up to 12 months of continuous support from the Dash treasury.  The chart also shows the impact of the rise in the price Dash.  Long term proposals denominated in Dash with its volatile price lead to big swings in the conversion value to fiat currency. 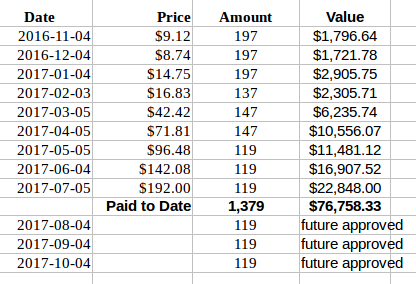 Is this money well spent? Masternode voting shows that they like the proposals. The last 2 have each gotten over 1,000 votes. Listening to the show and many of the past Dash interviews I think they provide very good Dash information to their crypto knowledgeable audience.  It is a Bitcoin friendly show but Dash is always well represented.

I have been listening to and enjoying the podcast for the last couple of months. The hosts have very likable personalities which contributes to the shows success. I interviewed Danny by phone while he was waiting to board a plane – he was very quick to respond and fun to talk with.

These proposals have funded 3 programs through the show hosts.

They have had most of the big names in crypto and Dash on the show.  Evan Duffield has been on multiple times, Ryan Taylor,  Daniel Diaz and many people from the Dash development team have also appeared.  Dash Force News’ own Joel Valenzuela was on the show this week.

One notable video interview from “Anarchapulco” has Roger Ver debating with Tone V. with a Dash.org banner on the wall.  If you don’t know why that is funny be glad. 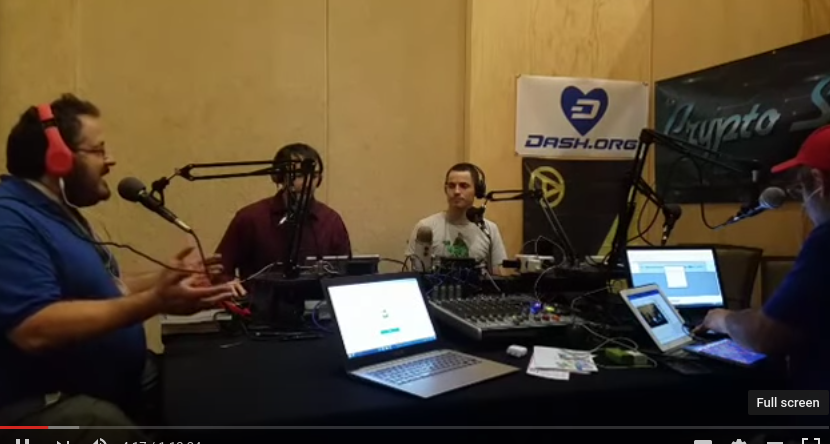 Blocksize debate between Tone V and Roger Ver at Anarchapulco

Part of the proposal sponsorship also pays to help feed the homeless through the Unsung program Austin TX chapter.  It started off with a very big event delivering about 1,000 meals.  Currently it is done on an ad hoc basis at different events where they will buy food, bag it up (with Dash stickers) and distribute it to those in need. 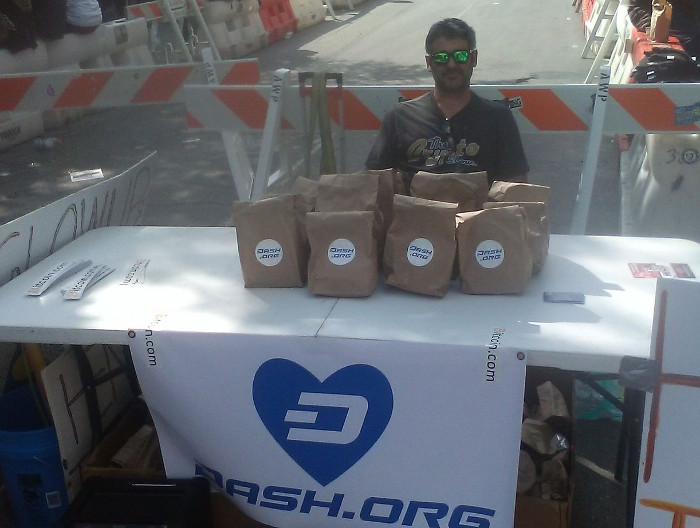 Dash.org provided lunch for the homeless

Danny has spent much of the last few months “on the road” in his RV going to several cannabis friendly western states to educate various dispensaries and related businesses about using Dash as a way to overcome their banking problems.  He has done frequent updates on the show about who he has talked with and what progress was being made.  According to Danny “he doesn’t smoke that stuff” which may be a very good thing.  Driving from pot shop to pot shop with out-of-state tags could be kind of risky.

The Crypto Show added cannabis outreach just about the same time that the Alt 36 proposal was being funded. They interviewed Ken Ramirez from Alt36 “A Cannabis Specific POS For Dash” about how they can work together.  Danny sees himself as providing an early ground game to get as many business owners as possible aware of the benefits of using Dash to help their businesses.

During the tour Danny attended many conferences as a member of the “crypto press” which gave him access to educate many diverse groups about Dash.  He continues this outreach without the RV visiting Colorado and Nevada this week. There are plans to also do an east coast tour. Two eastern states now allow recreational and several more have medical cannabis programs.

Chris and Danny have met and interviewed a wide variety of people in the crypto-space. In their on and off the air discussions they naturally hear about many opportunities that can be sent off to their Dash contacts.  In the other direction they pass on their knowledge of the benefits of Dash technology, treasury, community and opportunities.