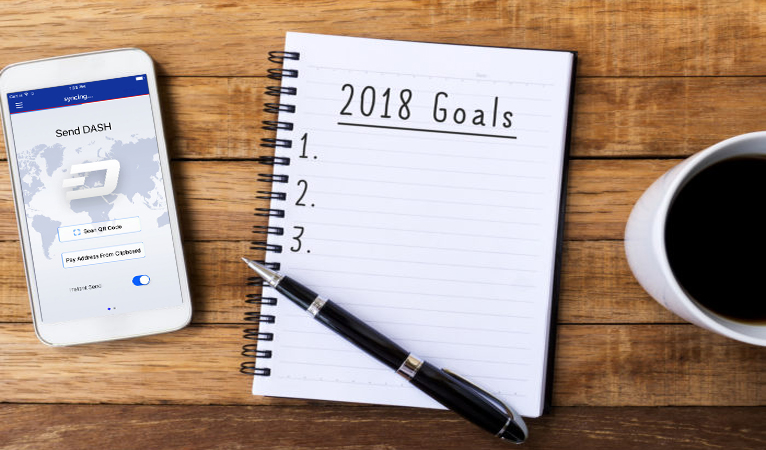 This last year has been a whirlwind of surging market caps, troll wars, and your grandmother asking you how to get those bits of coin, and rather than getting a stocking full of lambos and air horns, you got one full of coal and social isolation from normalcy. But #newyearnewme am I right? It’s time to turn that obsessed and psychotic train around in 2018! Here’s some New Year’s resolutions for all the crypocurrency fanboys and fangirls out there.

The below text includes content and phrasings intended for humorous purposes. But you knew that already.

Try using coins for their intended purpose. The space is loud with hype, accusations, and general misinformation. The only real way to learn is to do, so do. Send a Dash InstantSend transaction. Run a full Bitcoin node and try to use Segwit. Write an Ethereum smart contract to do your takes for you. Get some BitConnect and see if it makes you lose all your money. No wait, don’t do that one.

Stop FUDIng other coins without doing basic research first. So much of crypto social media is repeating negative falsehoods about different coins. Most of it is exaggerated or false, or just plain bizarre and confusing. Don’t fall for it. Look up claims. Erase the word “scam” from your vocabulary. Never say “centralized” without saying what and why. Instead of saying “shitcoin,” find ways of describing a project so that the reader comes to that conclusion without actually hearing the word. Never ever say “centralized scam shitcoin” in a sentence except for parody purposes.

Talk to friends, family, and strangers about crypto without being weird about it. This is the future. You should be excited! Other people have to know the pure unadulterated joy and terror you feel when looking at CoinMarketCap. But be chill about it. You can talk about this stuff without being all creepy and religious or using memes to talk about your profits.

Practice good security with my own funds. Holding your own private keys is a must, as well as discretely keeping your savings in cold storage with multiple backups. Refuse to be another post on Reddit from a poor sucker who lost his life savings, his wife, his dog, and his spirit, all while gaining massive post karma and a few pity donations.

Stop listening to Tone Vays. Assuming you ever even started, just stop. You can’t afford to lose any more money.

HODL! This is a new field and we’re in it for the long haul. Don’t panic sell or over-indulge in profit taking. If you ever believed in it, and those reasons are still there, don’t stop. Five years from now you could either be the old-timer in the rocking chair telling all the kids how you used to be a big deal and hold a lot of those coins, or you could wake up with the net worth of a mid-sized nation, terrified of who might be coming to murder and rob you, until you finally crack under the pressure and anonymously leave a hardware wallet on the front step of a random widow who has no clue how to use it. Only to realize the next day that security cameras captured your face (which is now all over local news), and she threw out the wallet. Be the second guy.