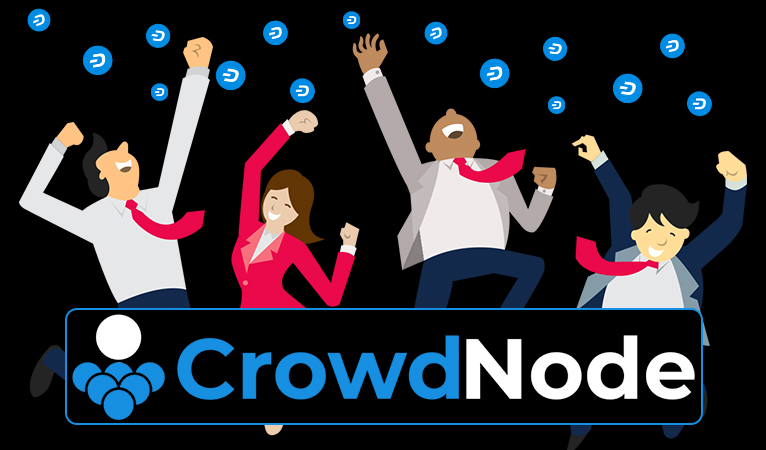 CrowdNode has launched a Dash Masternode pooling service to allow Dash users to earn returns on as little as 1 Dash.

Dash Force News talked with Peter Vesborg, founder of CrowdNode, about the service in more detail. He started off by describing the team’s motivation behind the company.

“We’ve long wanted to make a business for the Dash world. A masternode sharing service of the sort we’re making is what we wanted for ourselves so we figured that others would as well.”

CrowdNode claims that their main features are “small minimum deposit, streamlined signup, unmatched transparency, extreme focus on security, and simple fee model”. Their minimum deposit requirement is just 1 Dash. They “strive to be the most transparent crypto company out there” and do this by publishing as much information as possible such as the wallet addresses where the Dash will be stored. They place all their funds in either the online hot wallet (XjbaGWaGnvEtuQAUoBgDxJWe8ZNv45upG2), the cold storage staging wallet (XsScUw4quqy4KNjSrA52C3yrPab8SiNAVd), or the cold storage Masternode/collateral wallet(s) (CrowdNodeMN1: XfXKrYyyRZRhtqJJc2MF3WpHzeG81wrnxV). They are also “an incorporated entity in a well defined legal setting (Denmark)”, Peter told DFN.

They charge a 15% flat rate on rewards and all dividends are immediately deposited into users’ accounts by default to ensure compounding interest for clients. Their websites states that Masternode returns are currently around 6.9% and that users can withdraw funds “guaranteed within 7 days, but typically within a few hours.” On top of all this, they intend to implement numerous security protocols to minimize risks.

Many cannot afford the 1000 Dash required to stake for a Masternode, which creates the demand for pooling services to still get access to the returns. However, so far, these services heavily rely on trusting third parties, which is why CrowdNode wants to enhance their security structure as much as possible so users feel safe while seeking larger returns. CrowdNode utilizes “best practices of the crypto industry (2FA login user login, cold storage beyond trivial amounts in the Hot wallet, etc.)”. They also ensure every user “locks their withdrawal address on signup and all withdrawals are manually approved – even from the Hot wallet”. They also “employ 3-of-4 Shamir Secret Sharing of keys so it takes at least three people to agree in order to move DASH out of cold storage”.

Additionally, they employ a “parachute eject” to ensure all members get their Dash back in case of an emergency.

“The parachute eject function, which we think is an industry first, serves several purposes: First, it’s a dead man switch which automatically pays all deposits back in the event all CrowdNode founders should disappear. Second, it’s also an insurance for our personal safety. (e.g. in case any of us or our family get kidnapped demanding the CrowdNode client funds as ransom, the other CrowdNode founders are sworn to activate the parachute eject, which removes the money and thus any incentive for the kidnapper. So there’s nothing to gain by threatening us.)”

The parachute eject feature “works by every week generating a list of pre-signed transactions – at least one for each client – which just has to be broadcast to the network to pay back everyone.” The team utilizes Electrum Dash, which “has a neat feature which makes the broadcasting easy”. CrowdNode is hoping to satisfy rising consumer demand for Masternode Pooling in a secure way.

Dash has generated this interest by becoming a cryptocurrency used in everyday life and providing real world solutions such as helping Venezuelans escape hyperinflation. Dash maintains low transaction fees, fast confirmation times, and great security, which is enabled by its DAO, Masternode, and Treasury system to professionally maintain and improve the network in the best interests of the network and consumers. More consumers, many of whom are most likely average new-ish adopters since they cannot operate a full Masternode, want to invest in Dash Masternodes because they view it as a relatively lucrative and sustainable investment.

Update: CrowdNode’s fee was previously described as ‘flat fee’, but it has since been updated to ‘flat rate’ to be more clear. 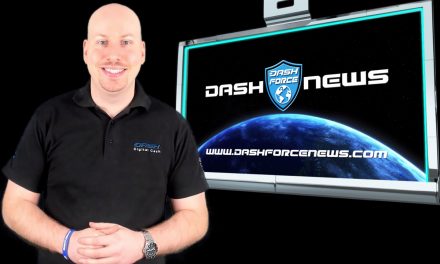