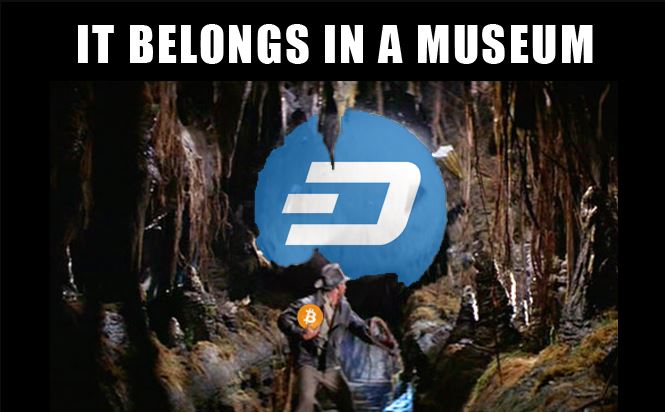 I knew this day would eventually come, the day that Charlie Lee finally admits that he desires confidential transactions for Litecoin. Admittedly I didn’t think it would take him this long. I mean after all, it’s only taken him 6 years to figure out (Litecoin launched in 2011) that Bitcoin and Litecoin are not fit to be used as money for purchases.

My words may sound harsh, but please understand, it’s not to gloat; it’s out of pure frustration. As a passionate follower of Bitcoin from early 2013, I recall the massive price explosion after the Cyprus bail-ins and the excitement of a money revolution. It sounds funny to say now but most people actually believed Bitcoin transactions were anonymous back then. So what does Bitcoin have to do with Litecoin?….

Now people who know me well, already know I instinctively facepalm whenever I hear the name Charlie Lee. It just so happened that I saw someone had mentioned in the Dashpay subreddit that Charlie Lee recently spoke about privacy on episode 126 of the Bitcoin podcast. I initially thought it was an elaborate joke or prank, however I felt compelled to listen, and I’m so thankful I did.

The podcast was pure gold dust. So many classic gems. You can listen to the podcast by clicking here. You will need to skip to the 41:15 minute mark to hear the following quotes I cite below:

“It seems kind of silly that if I pay him $5 all of a sudden he has access to all my information about how much money I have, where I’m storing it, how I’m using it, and he can track where that money came from and where I spend it next.”

“Its not about buying drugs, it’s about when you are using money, you don’t want to have to decide which one of the coins to spend due to it having some history”

“It’s like if you take out your wallet to pay someone and you have to decide which one of the $20 dollar bills to use because one of the $20 bills is tied to more private information you don’t want anyone to know about.”

Essentially Charlie Lee is confessing Bitcoin and Litecoin are not suitable to be used as money. It’s quite simple. The writing has been on the wall for a long time, but unfortunately, individuals like Charlie and Bitcoin Maximalists choose to stick their fingers in their ears and look the other way. Isn’t it very interesting that many of those same individuals arguing for SegWit don’t actually use Bitcoin for everyday transactions; they just hoard it.  It looks like the penny has finally dropped now that BTC’s total market cap dominance is tanking. The straw that broke the camel’s back, so to speak. Tech enthusiasts and blockchain followers have known about this issue for the longest time, and when pointing out the simple facts that it’s not fit to be used as money for this very reason they get heckled, shouted down and labelled a fudster. Even though, ironically, a lot of these people were Bitcoin’s first adopters. It seems very clear that speculators and profiteers (ahem “Tone Vays”) that arrived late to the party and now claim to be experts intentionally overlook the critical issues. Instead of confronting and resolving the issue, they choose to bury their head in the sand and insult those that speak the truth in order to suppress it.

It’s all very straight forward and easy to understand. Now you understand my frustration.

Satoshi Nakamoto’s main objective in his white paper was to create a p2p currency outside of the banking system, allowing people to become their own banks without having to rely on third-party privately-owned banks.

Bitcoin was meant to revolutionize and replace the banking system. While its intentions were noble, its faults are its outdated design.

It seems there is a bigger story behind Bitcoin losing total marketcap dominance than meets the eye. I would suggest that it appears people are becoming more informed, and this is a direct result of many individuals learning through a journey of discovery. People first find out about Bitcoin –> then experience the flaws first hand –> then realize it’s the design –> then move on to alternatives that have corrected the issues.

Simply put, if Bitcoin can’t replace your bank account, and is much more cumbersome to use, then what’s the point, right?

If Bitcoin can’t be used as money for everyday transactions, then what good is it for? Seriously? It just becomes a tool of speculation, a grand scale version game of musical chairs while people circle jerk and pump the price. Seems like people are betting their future based on hopium rather than using critical thought.

The truth is, people are holding Bitcoin, not spending it. When momentum gets behind an alternative that actually works and functions as money, it’s going to get very ugly!

Believe people, the flippening will happen, it’s only a matter of time. How am I so confident on this? Bitcoin has no workable governance, funding, and is reliant on third-party investors to survive. It’s self-imploding as you read this. It’s not that I dislike Bitcoin, I started my journey with Bitcoin, after all. It’s purely because Bitcoin in its current state is not the Bitcoin Satoshi envisioned and hoped for.

Put yourself in Satoshi’s shoes. If you had a million Bitcoin that’s not fit for purpose as everyday money and there are working alternatives with superior technical specifications and structure, you know you would diversify! I know I would. Follow the smart money, people!

These are only my personal thoughts and opinions after listening to the Charlie Lee podcast. Perhaps I’ve had too much coffee today. I just had to write it all down, express myself, as it was whirling around my head and beating like a drum. I’m sure to most of you reading, there is nothing I have said here that is new to you. However, this above-mentioned podcast perfectly crystallizes and reinforces my reasons why I moved from Bitcoin to Dash. The flippening is real, its like a mini awakening in the cryptosphere. It was always on the cards, it just required enough people to experience the faults and problems first hand in order to develop or seek new solutions.

Perhaps if the inner Bitcoin circle had listened 3 years ago to Evan Duffield’s concerns on privacy and his ideas for a solution, things might be different today. However, Bitcoin has remained largely unchanged since 2009, with no real development or innovation since its inception other than maintenance. Exactly the same scenario with Litecoin, it has just remained stagnant collecting dust after all this time. I’m afraid looking at the competition, Bitcoin is starting to look like a dinosaur. As a former Bitcoin holder and advocate I will always be grateful to it for paving the way forward. The only real question that remains now is how long will it be until it’s dethroned and relegated to a mere footnote in history books. Welcome to the world of disruptive technology and the free market. Comparing Bitcoin to Dash in terms of features and technical specs is like comparing the fax machine to email. In my best Indiana Jones impression: “It belongs in a museum!“. 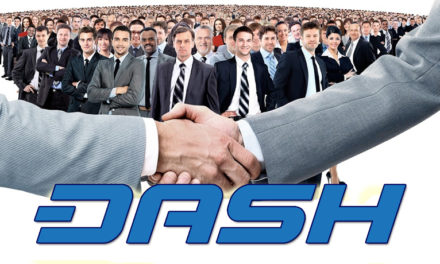