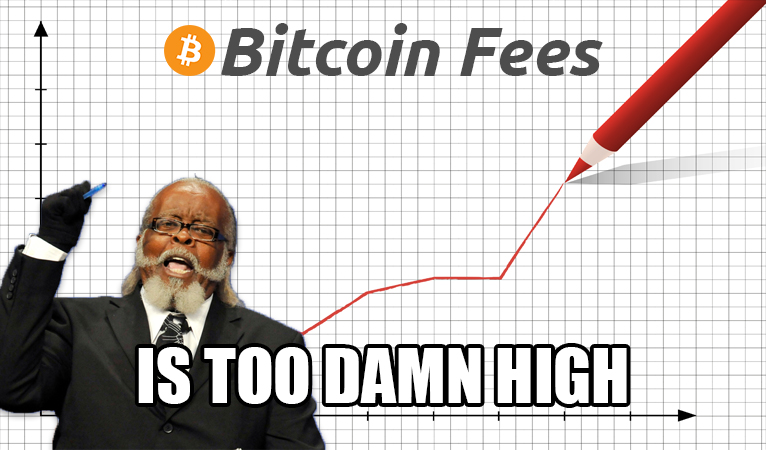 A developer for prominent blockchain corporation Blockstream has come out saying that Bitcoin fees will continue to rise. Meanwhile, Dash has a long-term on-chain scaling plan to maintain very low fees.

In a short but somber piece titled Dear Bitcoin: I’m Sorry, Fees Will Rise, Blockstream developer Rusty Russell paints a dark picture for the world’s first great cryptocurrency. He praises the benefit of a decentralized payment system, but insists it will never scale, saying that “Bitcoin fees are only going to rise from now on. Plan on it.”

“Bitcoin can’t scale to meet demand, unless demand vanishes and it all fails. If bitcoin is used by 100,000 people today, and we want everyone to use it, we need bitcoin capacity to grow 75,000 times larger. Yet we’re already struggling with 140GB of storage caused by bitcoin’s first 8 years when it was mainly not being used, and rampant mining centralization which makes everyone nervous about making things more difficult for small, independent miners.”

The question of how to scale the network has been contentious for some time in the Bitcoin world, and such disagreements resulted in a chain split already this year, with Bitcoin Cash forking off from the original chain to provide on-chain scaling solutions in the form of bigger blocks. Now, it appears that the 2mb block size increase part of the Segwit2x agreement is running into some additional friction. Elements of the community remain determined to block such an increase, as represented by Blockstream and Bitcoin Core developer Luke Dashjr’s thoughts:

The #1 reason #Segwit2x will fail is that its proponents choose to ignore the community rather than seek actual consensus.

Meanwhile, the signatories of the NYC agreement remain committed to push forward with Segwit2x, as lead developer Jeff Garzik has made clear:

#SegWit2x and NYA have successfully met all goals so far, and continue as planned. #bitcoin https://t.co/cq6UZWOeMw

The Segwit2x agreement enjoyed overwhelming hashpower from Bitcoin’s miners, with upwards of 80-90% agreeing on the scaling consensus. If small-block elements of the community refused to participate in a block size increase after impending Segwit activation, that could result in yet another chain split and three Bitcoins.

Dash has consensus and a long-term scaling plan

In sharp contrast to the Bitcoin situation, Dash has a solid consensus around scaling and a commitment to low fees for on-chain transactions. In early 2016, when the Bitcoin block size debate was heating up, founder Evan Duffield posed a governance question to Dash’s masternode network, asking if, when the need arose, the block size limit should be increased to 2mb. The network overwhelmingly voted in agreement, and since then Dash’s scaling plan has included on-chain solutions.

According to the Dash Evolution roadmap, the block size will be regularly increased to deal with increasing transaction volume, going all the way past 400mb blocks to handle over 4,000 transactions per second. In order to support the increasing load on the network that this will incur, masternodes are presently incentivized to run nodes by collectively receiving a 45% share of the regular block reward of new coins minted. Finally, specialized, open-source hardware is being developed that would allow transactions to scale on-chain more effectively, even with a large regular user base on the network.