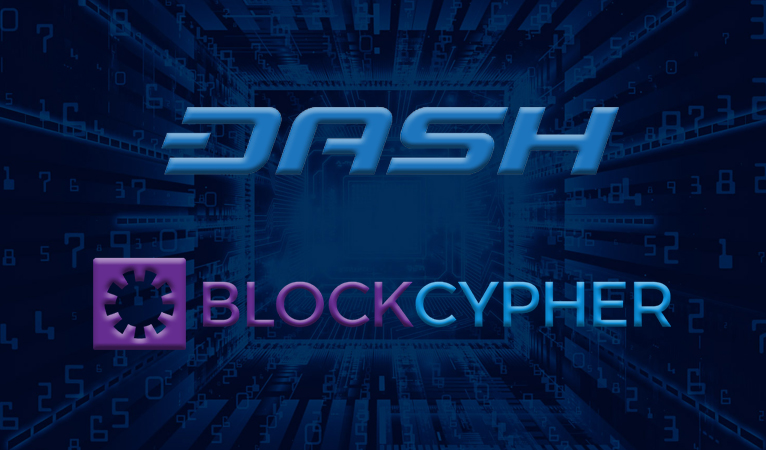 BlockCypher is a “middleware” software provider for the blockchain industry.  On the low level scary side you have the blockchain and software in C++ that runs it. This is foreign to your average web application developer that deals with html, css and php. From my experience it’s best to stay away from projects that make you have to worry about messing up someone’s money without a deep understanding of the integrations and a lot of security and testing.

In February of this year the core team decided to remedy this problem and began looking for an integration partner that could provide an API service that could provide solid easy-to-use hooks for consumer facing development projects to use.  After some research they contracted with BlockCypher and submitted these these two proposals to fund the work.

This graphic was in a detailed explanation of why this project will have a very big impact for Dash it shows the different development levels for blockchain users.

This Dash.org forum post by Daniel Diaz on Feb 16 2017 was very informative.

Through the years we have been focusing more and more in our business development efforts. This fall, we surveyed the entire landscape of the existing ecosystem and developed a targeted strategy for buildout of Dash’s integrations. This will shift Dash from reacting to opportunities to proactively driving adoption in an intentional and prioritized manner. Recently, we began aggressively approaching end user service providers with our unique value proposition, and asking them to start accepting Dash for their service. This has included exchanges, gift card selling services, cell phone top up services, US based debit cards, crypto-gold exchanges, brokers, etc.

The reaction has been very positive. We are quite successful in getting many of these user services to say “yes” to Dash. Once they agree from a business perspective to integrate Dash, we next need to evaluate the mechanics of integration. That is where challenges frequently arise, because up until now we have had no blockchain API web services available. There is an important reason why this is an issue: most of the crypto user oriented services are not running their own bitcoind or Bitcoin Core. Almost all are using 3rd party API web services to handle all the interaction with the Bitcoin blockchain, to a higher or lower degree, depending on the nature of their service. This includes most of the brand name start-ups in the industry.

BlockCypher works with industry notables like ShapeShift.io, Coinbase, Purse.io and many others. The partnership allows Dash to much more easily be used for payments, exchange services, wallets, e-commerce and digital asset trading industries.

Here is the Dash Detailed April 12th video announcement of the availability of the BlockCypher API services for developer use.

BlockCypher provides extensive documentation of their Dash API’s along with sample code in many common programming languages.

These Dash treasury proposals have said they are using BlockCypher API’s:

On July 20th Daniel Diaz made a pre-announcement of new BlockCypher integrations during the Dash Core Team Q2 call. There will be an announcement “any day now” about Dash being used in healthcare, IT and energy – industries new to blockchain applications.

This strategic partnership seems to have a lot of benefits for Dash providing a relatively easy way for consumer facing businesses to develop applications using Dash. I am excited to learn more about the new integrations and was hoping to be able to report on them in this article but the information is not yet available.