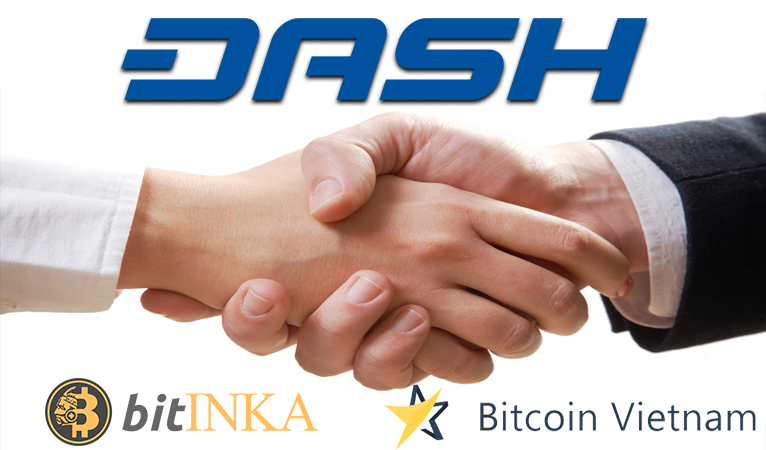 The Peru-based exchange currently operates across most of Latin America (Argentina, Bolivia, Brazil, Chile, Colombia, Spain, Peru and Venezuela) and deals in a wide variety of fiat currencies. BitINKA currently supports Bitcoin, Ripple, Ethereum, Litecoin, and now Dash. According to the CEO of BitINKA Roger Benites, the exhange received significant demand for Dash and is looking to expand worldwide:

“The global demand for cryptocurrencies is exploding. BitINKA has received an overwhelming demand for Dash. Dash’s InstantSend transactions and low fees will be beneficial for users moving cryptocurrencies into and from our platform. We are working towards bringing this technology to all Latin Americans, and our partnership with Dash will do just that. Now, we are heading to conquer Europe and Asia. We have been working in this regions for quite some time but now we have everything prepared to go big – really big. We will be adding a lot of improvements and disruptive features to our platform. 2018 will be a great year for BitINKA.”

According to Dash Core’s new Director of Global Business Development Bradley Zastrow, a key benefit of expanding Dash’s reach into the developing world is its potential to revolutionize the remittance market:

“The exciting part for me is the opportunity to make a real positive difference in the lives of everyday people. The remittance market into South America is huge – Brazil and Colombia alone are estimated to reach $8.2 billion in 2017 according to the latest forecasts from the World Bank. Yet these payments are often attached to high fees, less than favorable exchange rates, and long wait times. We have seen the negative impacts high inflation can have on people and entire economies. Dash offers solutions to both these issues through its low transaction fees, InstantSend functionality, and its historically strong store of value.”

In addition to BitINKA, Dash has also recently been added to Vietnam-based exchange Bitcoin.vn. The exchange currently supports buying and selling for the Vietnamese dong of all major payments-focused cryptocurrencies including Dash, Bitcoin, Bitcoin Cash, and Litecoin. According to a blog post released by the exchange to announce the integration, Dash was selected due to its private and instant transaction features, as well as operating as a fully decentralized autonomous organization:

“Dash is one of the most supported crypto currencies thanks to its innovative functions such as private transactions (PrivateSend) and instant transactions (InstantSend). Besides, Dash’s decentralized governance and budgeting system that enables the network to pay individuals and businesses to perform work that adds value to Dash makes it a decentralized autonomous organization (DAO).”

Over the last year, cryptocurrencies have grown considerably worldwide. In 2017, the combined value of all digital blockchain-based assets grew from $17 billion to nearly $600 billion. This year alone, that number rose to $835 billion briefly, currently resting at $747 billion. During this rise, Bitcoin’s share of the market has declined, reaching a new low of 32% last week.