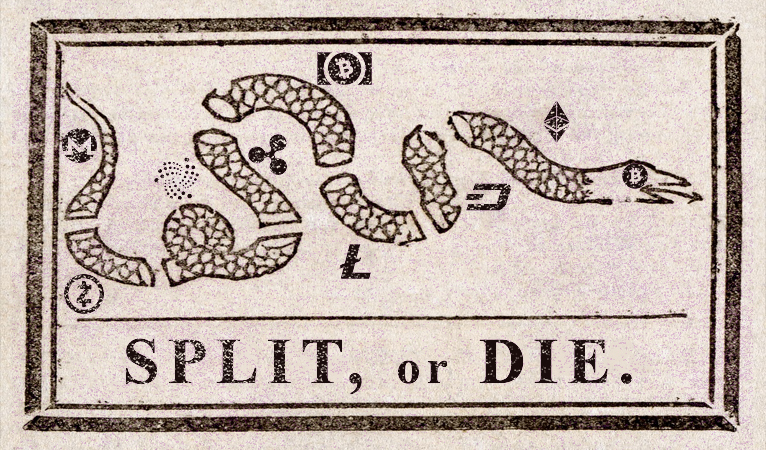 It’s been a great year for Bitcoin, smashing all-time high records last December and propelling the whole cryptocurrency field ever closer to the trillion dollar mark. It has, however, been a terrible year for Bitcoin’s unified dominance over its field, sinking from a near-universal position of power in the high 80s to a present share of just 34%. Here’s a few key things that will happen when Bitcoin becomes just another of the many to projects in the cryptocurrency space.

The Ethereum network has already surpassed Bitcoin in many ways

While in pure terms of market capitalization Bitcoin still maintains a healthy lead, other indicators increasingly give Ethereum the #1 spot, as neatly calculated by Flippening.Watch. Ethereum processes over three times the transactions per day that Bitcoin does, and claims nearly 50% more network nodes. Meanwhile, the value transacted on both networks every day shows Ethereum at nearly 60% of Bitcoin’s, and rapidly closing. While the valuation of the Bitcoin network may still be higher, the size and strength of the Ethereum network may cause that to reverse very quickly.

Many new “cryptocurrencies” are nothing like Bitcoin’s original vision

An additional complication arises from the shifting field, that of entirely new categories of digital tokens and assets arising. The primary lure behind Bitcoin and blockchain technology was in its distributed censorship-resistant structure that contrasted with traditional methods of structuring networks. Cryptocurrencies are open-source technology that can be worked on and audited by anyone, and most run on proof-of-work mining or another similar distribution mechanism that allows theoretically anyone to acquire tokens and participate in the running of the network. Ethereum has in some ways diverged from this original vision through ICO distribution, a highly controversial hard fork to reverse the token theft resulting from “The DAO” disaster, and potentially through a future move to proof-of-stake, however it still generally follows the Bitcoin model: anyone can run the code, run nodes or miners, and acquire tokens.

This model is significantly different from many of the top tokens appearing among cryptocurrencies on the market charts. Ripple, which primarily serves to improve transactions to and from financial institutions, is largely stewarded by a company, and the entirety of the supply of its token was centrally created and distributed, with a significant portion still out of circulation and managed by the parent company. Similarly, IOTA‘s tokens were entirely created ahead of its launch, and its network is managed at present by a Coordinator node, while transactions have been centrally frozen in the past in order to recover funds lost due to vulnerabilities. These projects, therefore, are more akin to the tech companies of the future than to any kind of fully-decentralized cryptocurrency.

With a loss of ecosystem centralization, projects like Dash rise to the top of their specialization

Without every network under the sun vying to be “the next Bitcoin,” many networks such as Dash can fight for proper recognition. While Ethereum leads the decentralized global smart contract plaform field, and more centralized projects such as Ripple or IOTA occupy the space of tech and finance companies with some distributed elements, this still leaves an opening for several other money-based network categories to arise. The top coins in the peer-to-peer digital cash category are Dash, Bitcoin Cash, and Litecoin, while coins like Zcash and Monero vie for the encrypted privacy coin mantle.

This ecosystem diversification provides ample opportunity for a Dash breakout. Among the remaining category of payment-focused decentralized currencies, both Bitcoin Cash and Litecoin owe a great deal of their market share to their affiliation with Bitcoin, both as a literal copy with an increased block size and as a near-copy whose focus was to complement the original. Because of its relative newcomer status (2015 rebranding from Darkcoin, compared with Litecoin’s 2011 founding and Bitcoin Cash’s claim to the original 2009 genesis block), Dash has had to struggle for its market share without the most powerful brand association in the industry. Now, without the appeal to market dominance of a now-fading Bitcoin brand, Dash has the opportunity to compete on a higher level than its competitors due to its enhanced functionality such as instant and private transactions, as well as the protocol-level ease of use promised by the Evolution platform.

Finally, all but the top networks have never had to deal with scaling issues on any meaningful level. Litecoin, with a small-block philosophy, will likely become congested and expensive rather quickly, while Bitcoin Cash has the capacity to scale much larger, though it may face centralization issues down the line if only a few large companies are able to run full nodes, and can therefore be targeted. Dash’s long-term scaling plan, while similar to that of Bitcoin Cash, includes some special features such as internally-incentivized nodes and open-source specialized hardware to preserve network decentralization at scale, and as such may be able to demonstrate superior scaling abilities beyond the capabilities of its competitors. 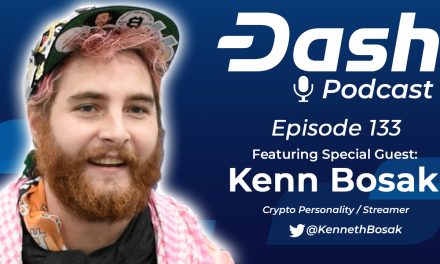 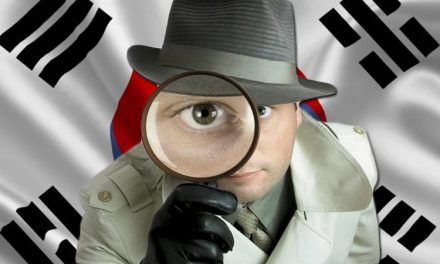