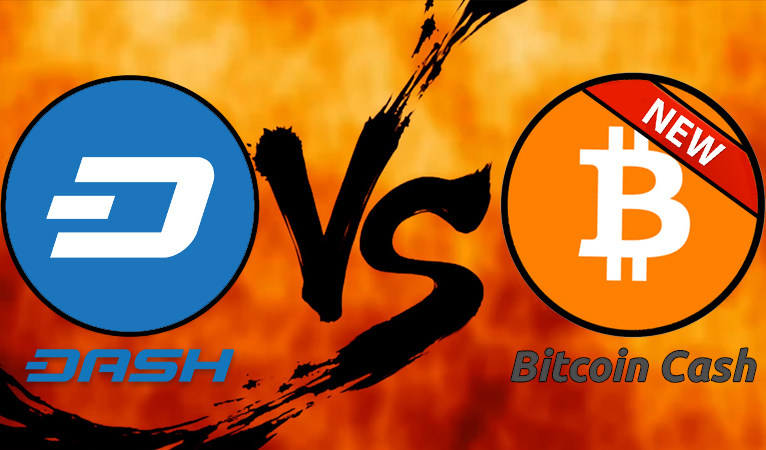 For months now, August 1st has loomed large in the Bitcoin world. It’s like a crypto version of Y2K: Will Bitcoin fork? If so, into how many chains? Which chain(s) will survive? Will Bitcoin itself survive the potential chaos and confusion?

When the Segwit2x agreement locked in recently, many fears were relieved and observers felt that the crisis was over…or at least delayed. However, one of the potential forks—Bitcoin Cash—has announced that, regardless of Segwit2x being locked in, it will fork nonetheless on August 1st.

What is Bitcoin Cash? How does it differ from Bitcoin? And, more importantly for Dash users, how does Bitcoin Cash compare to Dash?

Bitcoin Cash: The New Coin on the Block(chain)

For example, let’s say Sarah owns 10 Bitcoin on July 31st. That means when Bitcoin Cash is launched on August 1st, she will own 10 Bitcoin and 10 Bitcoin Cash. (Note: her ability to spend on these separate chains will depend on her wallet.) Considering Bitcoin Cash futures are already trading around $500/coin, this could be a nice bonanza for Bitcoin hodlers.

Another key difference is that Bitcoin Cash will not implement Segwit or Replace-By-Fee on its chain. Both Segwit and RBF have been controversial in the Bitcoin community, and Bitcoin Cash is directed towards those who believe these two “improvements” are detrimental to Bitcoin becoming a “peer-to-peer electronic cash system.” Bitcoin Cash also plans to implement protections against conflicts between the two Bitcoin chains, so that funds cannot be stolen or erased from a competing chain.

Further, like Bitcoin Cash advocates, most in the Dash community are wary of using software hacks like Segwit to solve the scaling issue. While there might be much to commend implementing Segwit, it is not a long term means for creating a robust, global peer-to-peer payment network.

Now let’s look at some specific differences between Bitcoin Cash and Dash.

On August 1st, when Bitcoin Cash activates, it will support 8MB blocks, compared to Dash’s 1MB blocks. However, Dash already plans to double its blocksize by the end of 2017, and its roadmap includes plans to increase the blocksize to a whopping 400MB. Because Bitcoin Cash is founded by “big-blockers,” it is likely that it too will eventually increase beyond 8MB.

Although the founders of Bitcoin Cash believe in on-chain scaling, how much can it actually scale in practice? A major issue with blocksize scaling is the hardware needed to support it. Bitcoin Cash, at least initially, has the same underlying design as Bitcoin, which means it will depend on volunteer nodes. With volunteer nodes, a blockchain can only handle so much traffic before these nodes are overwhelmed.

Dash, on the other hand, has implemented an incentivized 2nd-tier network (“Masternodes”), which allow for exponential expansion of hardware requirements to support much larger blocks.

The Bitcoin scaling debate has lasted years without resolution. The underlying cause of this indecisiveness is the lack of a governance mechanism in Bitcoin. It is difficult—at times near impossible—for disagreements within the Bitcoin community to be resolved. Bitcoin Cash will face the same problem. Perhaps a few years down the road another controversy erupts regarding Bitcoin—how will Bitcoin Cash resolve it? It might be thrown into another unresolvable situation like the one that engendered it in the first place.

Dash has built-in governance: through Masternode voting, controversies can be resolved more easily and the project can move forward. While this doesn’t guarantee the prevention of a community split, it does make one much less likely.

Since its creation, Bitcoin has depended on third parties to create user experiences that are friendly and intuitive. Those who have been involved with Bitcoin for a while know this has been hit-or-miss (mostly miss). Bitcoin is still incredibly difficult for an average non-tech person to use. Bitcoin Cash, as a continuation of Bitcoin, will face the same issues.

Dash, however, is developing Evolution which will make the cryptocurrency as easy to use as Paypal, while maintaining its decentralized, peer-to-peer foundations. A truly viable cash system must be easy for anyone to use, and user-friendliness will be a key component of any cryptocurrency receiving mainstream adoption.

The Battle to Fulfill Satoshi’s Vision

When Bitcoin was first created, it was touted as a peer-to-peer electronic cash system. Since that time, Bitcoin has evolved into more of a store-of-value than a cash system. Whether this is a good thing or not is for the market to decide. But one thing is sure: there is still a need for a cash system like the one Satoshi first envisioned. Up until now, Dash was the only major cryptocurrency focused on fulfilling that vision. With the activation of Bitcoin Cash, there will be another player in that space. Moving forward, the market will decide which is best situated to be the revolution Satoshi intended.