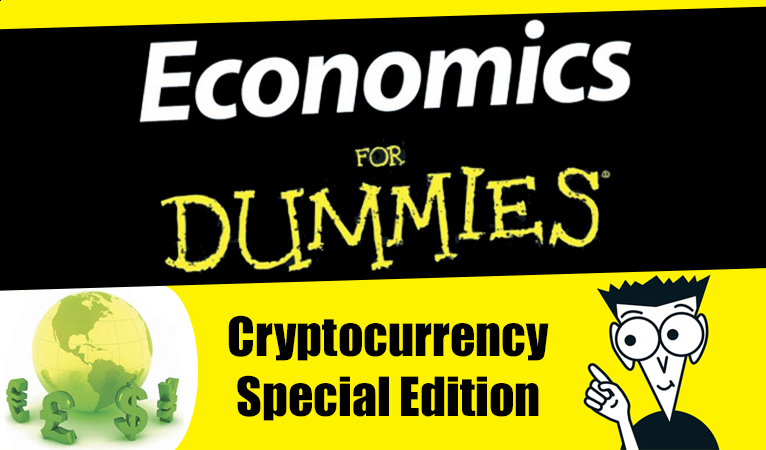 The recent Bitcoin debate over a change in the proof-of-work algorithm drew light to quite a few misconceptions about economics:

Being OK with Jihan controlling >50% of the hashrate because he’s “incentivized” not to censor transactions is not so different than being OK with a man following you around with a loaded gun pressed against your head and believing he’ll never shoot because of the threat of jail.

There’s a few things wrong here. First, why would it paradoxically be in someone’s best self-interest to act radically against their own self-interest, in this case destroying one of the two only remaining selling points of Bitcoin (censorship resistance)? Second, why, fearing that miners would bizarrely destroy one of these points, would anyone then destroy the second (network security)? Third, what incentivized companies to attempt to capture as much of the hashrate as possible in the first place, and why was the system not designed to incentivize decentralization? Fourth, if changing the proof-of-work for Bitcoin effectively ruins miner profitability, who’s incentivized to go along with it? Fifth, if miners currently stay with Bitcoin because it’s more profitable than Bitcoin Cash, once their equipment is useless for the former, wouldn’t they simply switch to the latter, catapulting its infrastructure and value into the stratosphere?

These are all questions that economically-thinking individuals would ask before advocating for something like this. Little moments like this drill home the sad truth: there’s a lot of economic ignorance going around in the crypto world.

There’s an odd theme that keeps popping up in cryptocurrency’s culture: profit is bad. While not explicitly stated, we see it alluded to over and over, from reverence of Satoshi Nakamoto simply gifting Bitcoin to the world before disappearing, to Charlie Lee’s self-aggrandizing declaration of selling all his Litecoin holdings in order to not be affected by price rises and falls. The mining backbone of the Bitcoin network is often painted as evil and greedy for its profits, and various companies such as Coinbase, in particular those who signed the New York Segwit2x agreement, are similarly attacked. Worse, cryptocurrencies such as Dash that have significant budgets available to pay developers, promoters, journalists, and any other number of workers a fair market value for their contributions receive all manner of accusations of “paid shilling.” Somehow, a world based on creating a radically free market through literally making money seems to hate making money, or at least view it as less noble than working for free, living off of donations or simply making sacrifices for others’ gain while you and your family suffer.

Oddly enough, this stands in bizarre contrast with another centerpiece of the crypto culture: HODL. The amount of positive talk about price increases is staggering, from moon and lambo memes to images of Bitcoin’s price juxtaposed next to quotes from its detractors. In the eyes of its fans, a great deal of cryptocurrency’s value as a transformational comes from its rising market price and ability to make people rich simply by holding it. When this attitude is embodied at the same time as a hostility towards profit and paid work, we have some hypocrisy on our hands.

No understanding of marketplace competition

This is a big one, especially with Bitcoin maximalists. In the free and totally unregulated market of cryptocurrencies, anyone can copy the code of another coin, make some tweaks, and promote it as superior. Hundreds, if not thousands, of projects are competing for their spot in the field, with the ones with superior features, experience, team, branding, and community rising to the top. In particular, competition should, and does, push projects to see what the others are doing and adapt to avoid falling behind. It’s the basic state of humanity and nature alike: a struggle for dominance and survival in a harsh world with scarce resources. In the case of crypto, this scarce resource is the attention of potential users.

However, this kind of thing eludes some, especially Bitcoin maximalists, but affecting many other groups as well. As a payment system and store of value, Bitcoin’s usefulness is falling far behind superior payment coins, some of whom are making headway in the volatility department as well. Maximalists nonetheless fail to see competition as real, with an insistence that the first coin ever will shrug off all disadvantages and remain on top. What reason is there that merchants and users around the world would continue to deal with slow, expensive, and unreliable transactions for some hope that someday in the distant future this will be better, when alternatives exist right now with none of these issues? Other than the rapidly-eroding network effect advantage, there is no reason.

Dismissing the power of network effects

Understanding network effects is an oddly contradictory problem when it’s precisely the biggest reason Bitcoin remains on top for now. Go down the line, however, and you’ll see all manner of coins competing with each other without serious thought to manually bridging the network effect gap. While some coins (Dash and Bitcoin Cash, for example) are working diligently to establish as many business integrations and community partnerships as possible, far too many other projects sit around and wait for their piece of the network effect. The world does not organically recognize superior tech and start using it without some form of hard promotional work.

No grasp of the concept of incentives

Certainly one of the biggest knowledge gaps is the ignorance of economic incentives. Actors will always move to further their own economic self-interest. This extends from for-profit companies seeking to maintain users by keeping them happy, to miners desiring the health and strength of the network in order to remain profitable, to users transacting in cheap ways while avoiding expensive ways. In particular, developer pay seems to be misunderstood, as working for free provides limited incentives to succeed, receiving a salary from a for-profit entity throws the priorities of that entity into coding decisions, and receiving a lifetime’s salary up front allows developers to become complacent. Dash has done well over the years because of the careful balancing of incentives for just about everything from development and promotion (regularly paid with the option to be fire for poor performance), security (collateralization makes the network prohibitively expensive to attack), infrastructure (nodes are paid to provide vital services), even partnerships (businesses are sometimes paid to integrate Dash).

For a technology designed specifically to circumvent the various blocks and inefficiencies in the global financial system, quite a few in the cryptocurrency world fail to properly grasp the concept of friction. Sure, slow and expensive transaction are a great point of friction, but so are long cryptographic hashes, ugly and clunky user interfaces, few and difficult fiat currency conversion options, lack of easy regulatory clarity for businesses and investors alike, and, above all, a frustrating and unreliable user experience. Every time a user pays a few cents to transact today and a few dollars the next, waits for confirmations sometimes while having transactions processed quickly other times, or has any other blockage in the use experience, that user will be much less likely to do the same again. No one knows, or cares, how full the mempool is, how far behind syncing the wallet is, how many confirmations need to happen before sending again, or how many peers are connected on the network. All that matters is if it works or not.

Finally, ownership is a tricky concept in the world of open-source software and radical freedom. We all understand ownership over companies or coin balances, but the idea of owning these projects and their networks faces a certain amount of resistance. This comes from a fundamental misunderstanding of the concept of ownership as simple possession, rather than incentivized obligation. “No one owns Bitcoin” elicits a sense of pride, as this is viewed as unequivocally a good thing, however when we phrase that as “No one is responsible for Bitcoin,” that’s where we see the problem with the lack of ownership. No ownership, no responsibility, and no stewardship. This leads to the tragedy of the commons, where something that is owned by no one gets used by everyone, maintained by no one, and eventually captured and extorted by an actor powerful enough to assert their dominance. Without some measure of ownership by its users, a decentralized network will never be able to put up enough resistance to a hostile takeover, nor will they feel the pressing need to properly maintain the network.