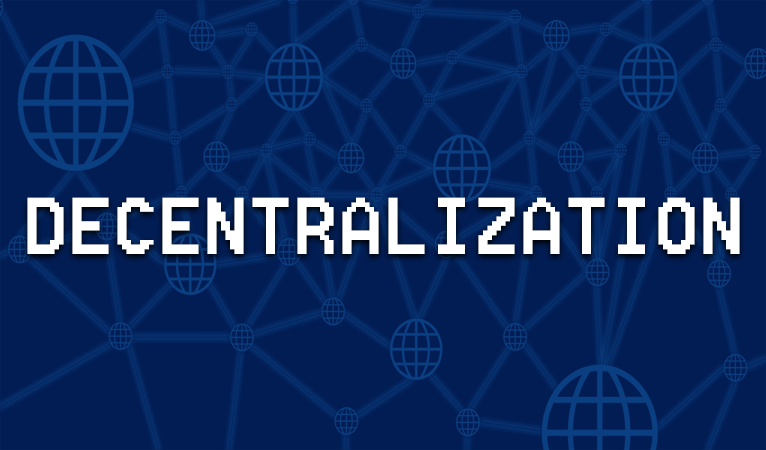 A hot topic in the field of decentralized peer-to-peer networks is, not surprisingly, decentralization. The word alone is used with near religious reverence, and “centralized” is a common slur levied against a rival project. But what really establishes decentralization? Here’s a good five-point test to apply to any cryptocurrency.

The most important and obvious element in this exercise is the development of the coin itself. While a unified development effort is useful to consistency and synergy, what matters most here is control: who says what gets implemented, how, and who else’s input matters. Included in this is: how easy is it to remove and replace developers? A team which, according to theory, is completely open to anyone’s participation, but in reality has a small group of people in control over the project with no viable means of exerting pressure on them or removing them, does not represent a realistically decentralized project.

Of utmost importance in the direction and structure of a coin is how the bills get paid. Some sort of an independent funding mechanism is needed to ensure the project does not come under the undue influence of some rich and powerful outside actor. With no funding, development can simply be bought out, or be replaced by a larger and more professional team with much greater resources.

One of the most overlooked aspects in cryptocurrencies is the manner by which decisions are made concerning the direction of the project. An otherwise robust coin can lead a centralized existence if there is no clear process for the community to make its wishes known as to the direction of the project. Under such a circumstance, developers can entirely direct the project, and the community must either find a new team or submit to the current one’s desires. That stark choice removes the option for more nuanced action, and leads a relatively competent development team doing essentially what they want, even if the community’s consensus is otherwise.

Even if the rest of the project operates well without any aspect or person maintaining undue influence, how the network is run remains an important part of the equation. A dream coin run almost exclusively through a single mining pool remains centralized through that single point of failure. All an attacker has to do in order to cripple the network is exert pressure on that one pool, or the pool itself could use its singular influence to corrupt the currency.

Finally, the most often overlooked factor in the decentralization of a cryptocurrency is its ecosystem. A coin can achieve decentralization with all the other factors listed above and still be subjected to use through a relatively limited spectrum of integrations. If you possess the best, most independent coin in the world, but must rely on a single exchange to purchase it, can only use it with a small handful of businesses, and leverage only one reliable light wallet how decentralized can your use experience really be? The final step in establishing robust censorship resistance is filling out as many different avenues to its common use as possible.