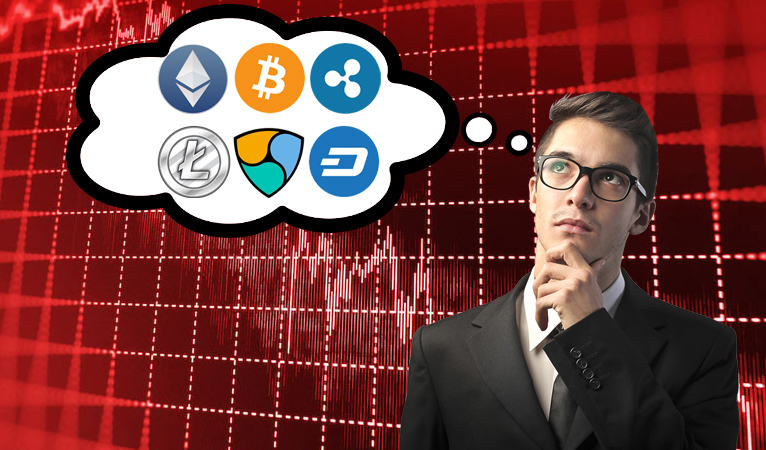 Over the weekend we had a fun market crash in cryptocurrency, precipitated by Ethereum causing a domino effect. It’s easy to watch the crash and write it off as a random act to dismiss and move on. However I think there are a few important things we can learn about the state of the cryptocurrency industry from this whole episode.

The biggest “no duh” of the list, I know, but it’s important to remind especially new investors of the stage we’re in at this particular moment. “Why is X coin pumping right now?” Sometimes there doesn’t have to be a reason. “Why is the market crashing?” Could be something as silly as a fake news story about a prominent developer being killed in a car accident. Or it could be because some whale just decided they wanted to sell. Real development news takes a back seat in importance to the ICO or drama du jour.

2: Cryptocurrency is entirely too speculative

Blockchain technology promises to use innovations to solve a good chunk of the world’s problems, but let’s remember that, right now, most of that is still just promise. Yes, much of the tech is actually ready for use right now, but how much of this use is being fulfilled? At this stage in the industry’s development, market valuations make it difficult to distinguish between vaporware and coins with large development teams being relied on for day-to-day commerce. It’s mostly gambling on future potential for the moment.

3: Bitcoin still has a commanding lead in non-speculative use

With market share and use cases slipping, we’ve seen the heralding of “the Flippening” and an end to Bitcoin’s dominance. Not so fast. Sure, the trend to a flippening of sorts is real, but it’s a ways away. Far and away, most services tied to the “outside world” are through Bitcoin, with all other coins liaising with reality through original. A large portion of the Ethereum panic flowed through Bitcoin first, rather than going straight to fiat markets. The resulting drop in Bitcoin, and in the rest of the market, reflects the hard reality that cryptocurrency as a whole is inexorably tied to its number one player at this point.

4: Less market-reliant coins are insulated against these crashes

While the whole crypto field took a major hit with the recent crash, this effect was weaker on coins with real-world use and less-speculative investment strategies. Dash in particular fared well against the rest of the field, dropping less and recovering quicker than most of the other coins. This is because of both its emphasis on real-world use, and its masternodes as an investment vehicle incentivized against selling. For similar reasons, Bitcoin also survived the chaos with a less significant dip than most other coins, gaining back a portion of its lost dominance over the market.

It’s easy to get carried away with the crypto hype and Flippening chants, but let’s face facts for a moment: it’s still Bitcoin’s world, and digital currency is mostly hot air and gambling at this stage in the industry’s development. Keep working on building out real-world use if that’s ever to change.