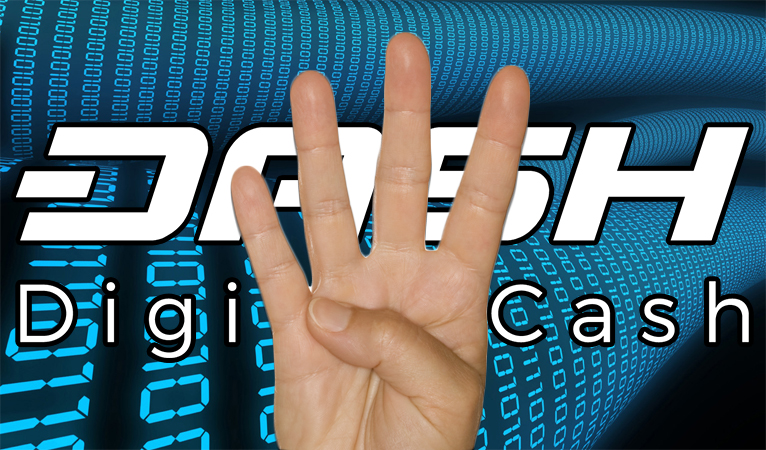 Since the creation of Bitcoin, cryptocurrency has expanded far beyond Satoshi’s original vision of a decentralized peer-to-peer electronic cash system. Especially with the advent of Ethereum, we see blockchain technology being applied to practically every business case, whether it makes sense or not. With each industry that blockchain technology enters, it will face challenges unique to that industry, whether they be technical, legal, or cultural.

Dash, of course, is laser-focused on becoming “digital cash,” i.e. fulfilling Satoshi’s original vision as outlined in the original Bitcoin white paper. Bitcoin itself is apparently abandoning that goal, and Bitcoin Cash is just getting started, which means that Dash—with its InstantSend and PrivateSend features—is strongly positioned to dominate that market in the long term. However, that doesn’t mean there won’t be significant hurdles to overcome. Here are four of the most notable challenges.

Everyone by now knows about blockchain technology’s scaling problems. By their very nature, blockchains don’t scale well, for they typically require copying of all data to every node on the network. Bitcoin has this problem, as does Ethereum, Dash, Monero, and any blockchain-based technology. If a project doesn’t need a large number of transactions to succeed, then perhaps it won’t encounter scalability issues in the near future. But digital cash, in particular, faces a very serious scaling problem, one which Bitcoin Core has apparently decided to solve by becoming a store of value rather than a cash system. But projects like Dash and Bitcoin Cash that seek to be digital cash absolutely must address the scaling issue.

Fortunately, significant steps have already been taken to address this challenge. The incentivized Masternode network has the potential to scale to much greater hardware capacities than the volunteer Bitcoin node network. Further, the Dash core team is already developing code to increase the blocksize limit to allow for more transactions per second than Bitcoin allows. But these are just initial battles in the scalability war; Dash will need to continue pushing the boundaries of on-chain scaling in order to become a global payments network.

Last February Dash rolled out an upgrade to its network. This upgrade was by all accounts a success, implemented across the whole network relatively quickly and painlessly. In comparison to upgrading the Bitcoin network, it was painless. But that doesn’t mean it was perfect. For days InstantSend was unavailable, and poor communications about the upgrade’s progress left many users wondering which features were and were not working.

If Dash is a global payment network and currency, there can be no glitches when it’s upgraded—an upgrade must not even be noticeable to the typical user. The average person would not find it acceptable to experience any unavailability or limitations in spending money due to a software upgrade. Fortunately, the February upgrade actually included some features to make future upgrades even smoother. For long-term success, Dash must look to existing payment networks like Visa as the standard for uptime.

Everyone involved in cryptocurrency knows that price volatility is a fact of life for cryptos. But extreme fluctuations in price are not acceptable for day-to-day cash. Imagine going to the store with $100 available on your debit card. When you get to the checkout counter with your $95 worth of groceries, however, your card has only $90 on it. This would be like living in a hyper-inflationary economy—something most people in developed countries would not accept.

In order to be digital cash, Dash’s value will need to be much more stable. Paradoxically, it is the increase in the use of Dash as digital cash that can bring the very stability Dash needs. For, if people are using Dash regularly to buy and sell goods and services, there will be fewer speculators and pump-and-dumps. It’s a self-correcting cycle. The challenge will be to cross the threshold from a speculative investment (which Dash mostly is now) to a day-to-day currency (which Dash seeks to become).

Currently, in the United States cryptocurrency is considered a “commodity” for tax purposes. This means that when one exchanges Dash for government-issued currency such as the dollar, the seller must declare this as a tax event. For example, say I bought ten Dash at $100 each. I then sell those Dash at $300. I will be taxed on the $2,000 profit I saw in those transactions. This is normal treatment for an investment, but is remarkably burdensome for a regularly-used currency.

For example, imagine the following scenario:

I continue to make purchases like this until my Dash runs out. Under current U.S. tax law, I am required to track every one of those purchases, along with the price of Dash at the time of purchase, and the difference between that value and the value when I bought the original ten Dash. Clearly the average person will not want to bother with this type of accounting.

This problem needs legal solutions. Happily for U.S. residents, two lawmakers just last week introduced a bill that would make any purchase of goods under $600 via cryptocurrency exempt from capital gains tax. If this bill becomes law, it will be a big step in helping cryptocurrencies like Dash become digital cash, and hopefully will lead other jurisdictions to loosen up the tax consequences of using cryptocurrency as digital cash. Up until now, however, the IRS and other tax authorities simply don’t know how to handle cryptocurrencies. Are they commodities like gold? Are they securities like stocks? Or are they currencies like the dollar? Depending on the situation, the answer to all three questions could be “yes.” Until it is clarified, this issue is probably the most difficult challenge Dash faces in its quest to become digital cash.

Well Positioned, but the Race Isn’t Over

With its Masternode network as well as the InstantSend and PrivateSend features, Dash is superior to most other cryptocurrencies for use as digital cash. But that doesn’t mean Dash’s success is a foregone conclusion. It will have to overcome some significant hurdles in order to be the worldwide payment method of choice it aspires to be.

Can You Really Predict Your Favorite Coin’s Success?