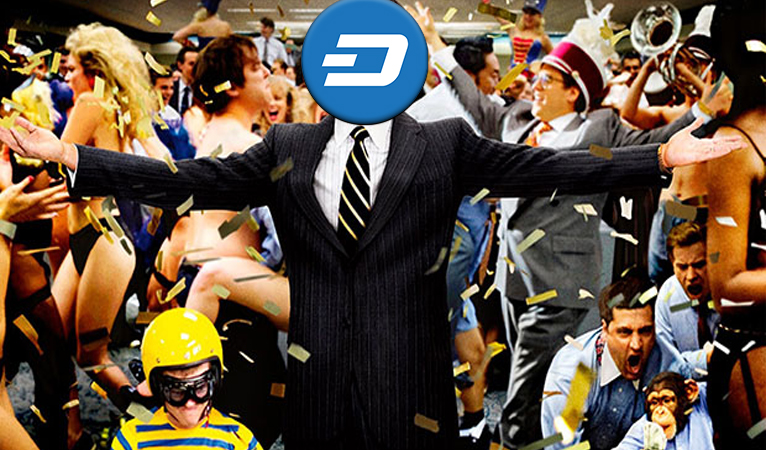 Oddly enough, some of the toughest nuts to crack in the race for Dash adoption are people who are familiar with cryptocurrency. This is probably because they’ve already heard of too many projects to keep track of, and have tuned out anything that hadn’t previously grabbed there attention. In my experience, there’s a three-step process to overcome this.

1: Get Their Attention With Something Big

Most people have heard about Dash and have no reason to care anymore. They need some prompt to take a second look. This has to both be a major sign of success and something more unique than a simple advertisement.

Flash doesn’t work, something meaningful that implies progress does

Anyone can pay a bunch of money for big ads, and doing so may even be construed as a sign of desperation from a project fading into obscurity. What does work is something that indicates real meaningful progress of the project, that leads one to believe that it’s successful. Things I’ve seen catch attention for Dash were in-flight advertisements, Dash accepted stickers being spotted around the town of Portsmouth, news on overwhelming use in Venezuela or other key city, word of a celebrity or major player working with Dash (especially someone respected like Ben Swann), major and repeated conference sponsorships (“You guys are everywhere!”), and some big or otherwise significant company accepting Dash payments (CheapAir comes to mind). Libertopia had the winning combo of a top-level sponsorship, in-flight ads on the way there, and a veritable murderer’s row of “celebritarians” saying they were working with, or had worked with, Dash, including the entire alternative media panel talking about how Dash had helped them overcome censorship.

Both a professional team and tons of fans are necessary

A professional team on-site is a great indicator of a project with a future, however there’s an extra element that’s needed: fans. No team and lots of fans means it has grassroots support but isn’t serious or with adequate support for businesses, and a team and no fans means it’s a company that no one trusts or necessarily uses. Having the winning combo of both a professional team and a lot of other people around the both, wearing Dash shirts, milling around talking about Dash, etc. makes the perfect look for a project going somewhere.

The splash made by the first step is really only a setup. Attention gained is squandered if you don’t do anything about it, so next you need to have one-on-one conversations. This is where you talk about everything Dash has been doing, what makes it unique, and how it’s positioned to become the future of payments, and answer any questions and concerns they might have. Human conversations are largely what make a difference, not online content.

A private environment is a must, especially when dispelling myths

Many of these conversations are semi-public at the table or wherever, but the really good ones, especially with influencers, occur in private. I’ll get that look that tells me they want a real conversation, or they’ll seem mostly disinterested, but will approach me later when I’m alone or at a social event. This is especially true when people have heard too much about crypto to keep everything straight, or especially if they’ve heard something negative about Dash and want to find out the truth.

They want the “real scoop,” not a pitch

When approached in private, you have to let down your “Dash promoter” face. They want the real story, as objectively and honestly as possible. If you understand the reasons behind why you got into Dash in the first place, being brutally honest should be absolutely no problem, and this level of candor can do a lot to build up trust.

A strong appearance sets up the private conversation, which only does half the job. To really get people into Dash you need to follow up.

Find a way to involve them past the meeting

First step is to find a reason to talk to this individual after the physical meeting is over. Maybe you need to send them some additional information about Dash. Maybe they wanted to know how to use it in a certain case or location. Maybe they were looking at getting involved in Dash or submitting a proposal. Whichever one it is, get their contact info and follow up.