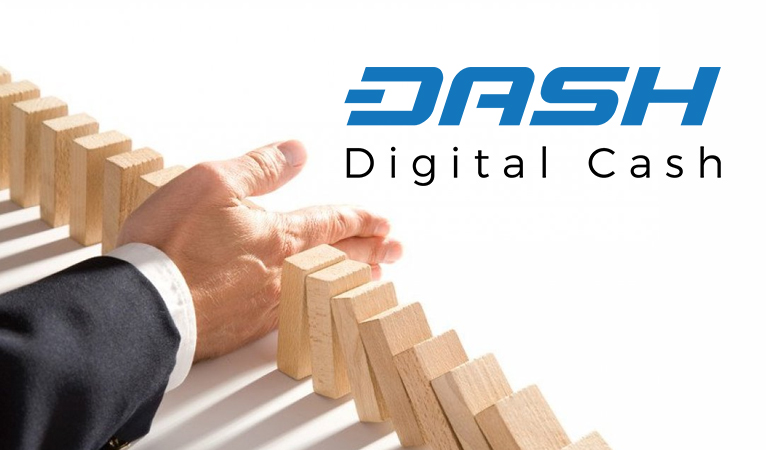 The recent “crypto bloodbath” took out tens of billions of dollars in value from digital currency, and Dash was not spared, dropping from $1.5 billion to $1.2 billion over the early part of this week (now back past $1.3 billion). The crash had nothing to do with Dash in particular, but rather reverberations felt throughout the ecosystem as a result of happenings elsewhere in the space. Unfortunately, Dash is linked to the rest of its crypto brothers and sisters, and shares their fate. Fortunately, there’s a few things we can do about it.

Regrettably, Bitcoin still maintains the major advantage in acquiring cryptocurrency. As such, cryptocurrencies remain inexorably linked with Bitcoin, meaning that they feel each other’s pain as well as hype. This means that, for example, an Ethereum crash brings down Bitcoin, which in turn brings down Dash. While there’s no way of completely insulating against this short of flipping Bitcoin and Dash’s relative market share, one good way of putting the brakes on the negative effects of speculation elsewhere in the cryptospace is to create more options to buy Dash directly with fiat. These include cash-buying options such as ATMs and services like Wall of Coins and LocalBitcoins, all the way down to a unified bank-like experience like Coinbase. Once these two ends of the spectrum are unified, adding fiat trading pairs to every major exchange reduces the number of people using Bitcoin and other cryptocurrencies as a connector to their Dash experience.

Obviously, the best thing to do with Dash is to use it like digital cash as intended, and the more daily users the currency has the more stable and successful the project is as a whole. But daily use also dampens big trading swings. If people keep their Dash on exchanges and trade them around every time they think they can make a quick buck, that will affect price volatility. If, instead, people use Dash for daily purchases, that makes more of it set aside for payments, where there’s an incentive for the value to remain relatively constant. The greater the use, the more stable the price.

Spending Dash obviously gets easier the more options are available. DiscoverDash already has hundreds of businesses listed where one can use Dash. As more businesses accept Dash and are added to the listing, more users will be able to complete more of their regular purchases with Dash.

Finally, culprit #1 for Dash’s relative stability: masternodes. In addition to providing integral services to the network, each one of these bad boys locks down 1,000 Dash from being gambled on the markets. Investors can either watch the charts with a hawk eye, buying and selling in hopes of ending up with more Dash, or they can simply run a masternode, doing nothing while their Dash holdings increase. With around 4,500 masternodes, that’s over half of all Dash in existence off the markets and not being used to shake up the price.

For those of us (probably most of us) who can’t afford to throw a couple hundred grand into a node, there’s trusted masternode shares. Yes, you need to trust the person/service running the nodes, but how is that different from exchanges? In addition to making recurring income no matter what the markets do, and stabilizing Dash’s price, you help strengthen the network. Win/win.

Dash is already remarkably stable for its relative rankings in the cryptocurrency charts. Why not make it even better?