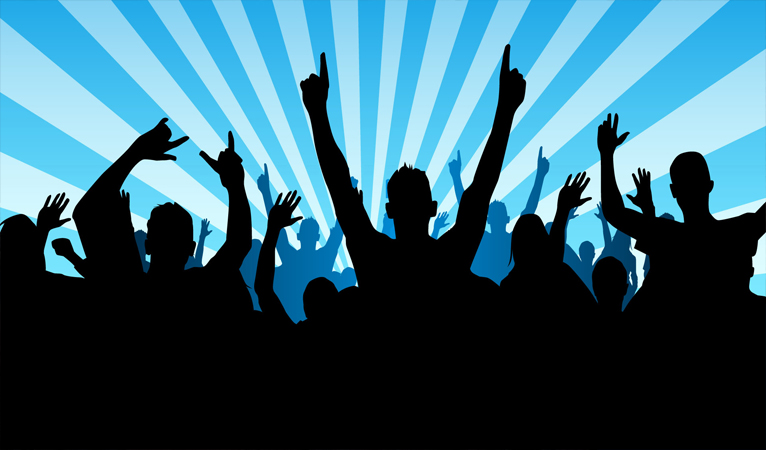 Since 2009, cryptocurrency has grown from the domain of a few cypherpunks to a global phenomenon. Born in obscurity, Bitcoin is something now talked about at your neighborhood barbecue (except in New Hampshire, where crypto fans flourish and talk about the strengths and weaknesses of still-obscure coins like OmiseGo or Qtum). Although many people think that only a certain type of person is into crypto—i.e., young male techie libertarians—the types of crypto fans and the reasons why they’re interested are actually quite varied. However, we can group them into some general categories, though most people will find they fall into more than one. Let’s take a look at some of them.

Cryptocurrency is, first and foremost, a technology project. It was created by programmers and is maintained by programmers. Many of those most invested in cryptocurrency are so because of the technology behind it. And the technology really is remarkable: with cryptocurrency, many real-world problems have been solved that just a few years ago were considered unsolvable. The very idea that you can digitally send something of value to another person without fear of counterfeiting and without the need for a third party is, frankly, amazing.

Like technology geeks, many people are enamored by cryptocurrency because of its economic principles. Those who follow the Austrian School of economics are particularly intrigued, as they see it as a chance to put into practice one of their underlying principles: opening up money itself to the free market. The brilliance of Satoshi’s creation is that it was both a technological and economic marvel!

3) Advocates for the Poor

One of the primary barriers to lifting much of the global poor out of poverty is the lack of access to financial services. For millions of the “unbanked” worldwide, just having a way to save money is a luxury. Cryptocurrency can overturn all that, because it gives the poor the ability to “be their own bank.” This is the driving force for some cryptocurrency fans, who see the technology as a way to transform unfair economic conditions for much of the world.

Successful businesses are always looking for ways to improve their business processes, making them cheaper, more efficient, and more convenient for their customers. Many business leaders are looking to blockchain technologies, especially those based on the Ethereum network, to improve everything from inventory management to real estate transactions.

Cryptocurrency has risen in value exponentially more quickly than any other asset class over the past seven years. As such, it has attracted many who are in it for a quick buck. You can’t scroll through the /r/cryptocurrency subreddit for more than a few seconds before you’ll see someone trying to find the next “rocket launch.” Speculators tend to ignore technical or economic fundamentals, focusing instead on which crypto the market will send to the stratosphere next.

For centuries, gold has been the safe investment for protecting one’s funds from uncertainty in the market. While stocks can rise and fall, and fiat currency can rise and fall, gold remains steady, keeping its value over the (very) long term. However, a new asset seeks to dethrone gold from its lofty perch: Bitcoin. Many people who would have once looked to the precious metal to safeguard their wealth are instead trusting in digital assets like Bitcoin.

One of the primary uses of a government’s money is funding the military. For those who would like to see the end of war, cryptocurrency offers the potential to do so by defunding militaries. No longer would governments be able to simply print more money to fund their wars of aggression. Instead, they will have to fund their wars by raising money from the people, which is far more difficult than firing up the printing press.

Although related to those who advocate for the poor, this type of cryptocurrency fan sees the technology more as the means to overthrow the 1% and radically change how money flows worldwide. Born in the crucible of the 2008 financial crisis, Bitcoin itself was created as a response to the crony capitalism that both created that crisis and flowed from it. Instead of rewarding those financial leaders who cause our problems, cryptocurrency can take their power away and put it in the hands of individuals.

Although it’s not as highly promoted anymore, the fact remains that cryptocurrency helps facilitate the purchase of illegal items such as drugs and guns. With increased privacy features being embedded in cryptocurrencies such as Dash, Monero, and ZCash, the potential for using cryptocurrencies in the dark markets has only increased. And for those who might find this category distasteful, remember that many governments ban items arbitrarily (try to buy a Bible in Saudi Arabia).

Personally, I fall into a lot of these categories. If I had to pin it down, I would say I’m 40% Tech Geek, 30% Economics Geek, 20% Advocate for the Poor, 5% Business Innovator, 3% Long Term Investor, and 2% everything else. How about you? What type(s) of cryptocurrency fan are you?