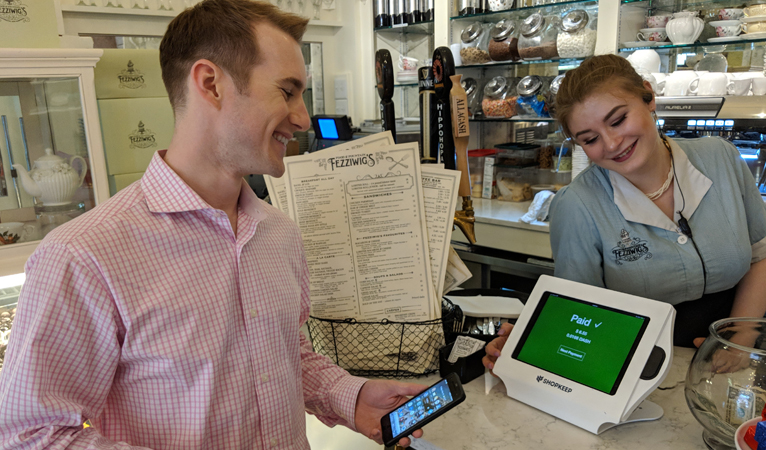 The crypto revolution took the world by storm. That is, it did in a speculative way, with investors scrambling to buy with hopes of massive profits. The percentage of the global population using decentralized digital currencies in their everyday lives today is statistically around zero. How did crypto adoption end up being an illusion, and what’s the missing link for real economic use?

The prime selling point for anyone to care about Bitcoin or other cryptocurrencies was its use as censorship resistant money. “Magic internet money,” as it was dubbed, was supposed to beat “dinosaur money” in every way. The idea of censorship resistance, which has come to dominate the narrative, is meaningless in a vacuum: censorship resistant what? Why get this new thing purely in order for it to be censorship resistant? No one was trying to censor a thing we weren’t using to begin with. The whole point of cryptocurrency is to become currency, to be used in place of the money we now use, with the added improvement of resisting attempts to censor its economic activity. Without its use as money, it becomes pointless.

“Hodling” paid better than spending, which in turn ruined hodling

Unfortunately, economic incentives always come into play to give a good idea a really hard dose of reality. Over time, crypto’s perception as future money overtook its present usefulness, and the price followed suit. This was also around the time that the fees for Bitcoin, the coin with the overwhelming majority of real world use at the time, started to spike, destroying its usefulness as regular money. As a result, it became far more profitable to simply hold on to cryptocurrency and watch it go up in value than to attempt to use it. Consequentially, nine long years into this experiment, still nearly no one is using crypto for payments.

However, “hodling” too much had a price: namely, tanking the price of crypto. Price is based on present use, or speculative on future use. In absence of present use, future use becomes the sole source of value, which becomes entirely speculative. Not using long-term eventually wears out speculative hope of one day being used, which results in speculative value tanking. This diminishes the value of holding to begin with. The only real way to guarantee long-term value is growing use.

Anypay did it the old-fashioned way: economic incentives

Economic incentives are a strong indicator of behavior, and crypto’s incentives prioritized not using it for transactions. The only way to change this, then, was to re-align the incentive structure.

Enter Anypay. A multi-currency crypto point-of-sale system, Anypay saw heaviest use from Dash due to its usefulness from reliably low fees and fast transactions. However, that alone wasn’t enough to cause steady economic use, so the DashBack feature was developed, which gave both customers and merchants a small bonus for each transaction processed by the system. Before, people were simply paid to hodl. Now, they’re paid to spend. This gives an incentive to not only hold on for the long term, but also spend in the short term, as well as acquire more, since possessing Dash now allows one to save money.

This sort of initiative would normally only be possible for a corporation to employ, losing money up front in order to guarantee more business and profits down the road. Anypay, however, is no such corporation with no such profit model. Dash, on the other hand, has a treasury whereby a portion of the monthly block reward is set aside for development and other projects, instead of everything going to the miners. As a result, Dash is able to fund its own incentive program outside of corporate funding, which is why you’ll see DashBack and not Bitcoin CashBack.

The best part about temporary incentive programs is that, if the product they promote stands on its own merits, they tend to result in permanent use. While spending Dash around town might be a good experience when transactions are subsidized, the same experience holds true minus the subsidy. Even at basic point-of-sale development right now, Dash is easier to use than cash or credit cards, as well as cheaper and more convenient. Once the switch over has been made, the benefits become obvious.

No one uses crypto for transactions because its benefits aren’t obvious enough. Well, we just may have solved that with DashBack.