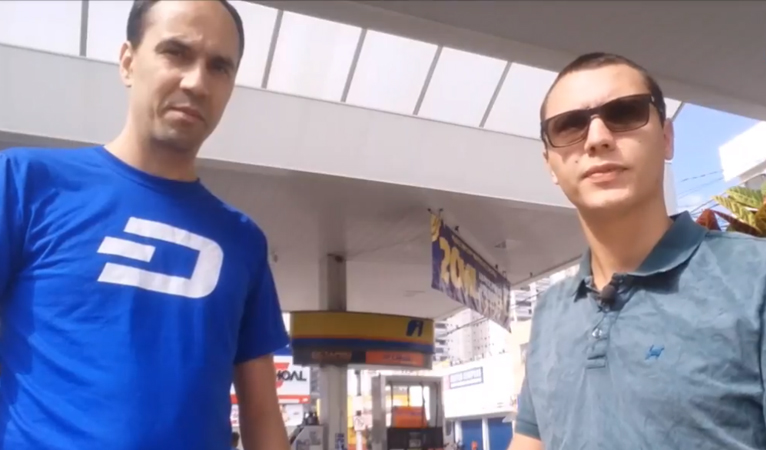 Recently, Ezequiel with Dashbr.com visited Felipe, the owner of SP – Brazil / Businees: Auto Posto GP8 LTDA, which is a gas station in Jundiai, Brazil (~ 50km/30miles outside of São Paulo) that accepts Dash as payment for gas.

Dash Force News talked with Felipe more about how Dash is fueling the local population. Felipe first mentioned how they had originally accepted Bitcoin, but because of high fees and high confirmation times, they switched to Dash. He emphasized in the video that since they are in a commerce business that focuses on the consumer, “they need to be fast”. Felipe said that they switched to Dash because the wallet is nice and the fees and transaction times are much better. He added how popular Dash has already become at his gas station.

“The workers (cashiers) found the Dash wallet interface really easy to use and the customers, [whom] are using [the wallet], are loving it because we are giving almost 6% of discount in Dash.”

Brazilians have historically had a strenuous relationship with their national currency. Felipe mentioned that since 1964, the Brazilian government has changed currencies ten times. A cycle of cannibalizing inflation was kick-started in the 1950s when the government decided to move its capital to Brasilia and fund it via printing money. Continuous government spending eventually increased inflation from 100% in 1982 to over 2,400% in 1993. In 1994, Brazil replaced their currency yet again, which, at first, appeared to be economically successful despite forcing another currency change on their citizens. However, recent events have shown that Brazilian politicians are all too tempted to inflate the money supply. Due to this history, Felipe emphasized how cryptocurrencies, and Dash in particular, “can help to save us from the government financial tyranny”.

Felipe said that they have been able to attract Dash customers by advertising on Facebook and other social media platforms. Dash users quickly became loyal customers of Felipe’s gas station. Unfortunately, they have not begun to setup new Dash users, yet, due to the limited time customers spend at the gas station and the fact that the workers are still only beginning to understand Dash and the benefits it brings. Felipe mentioned that Brazil needs individuals campaigning to spread information about how Dash can benefit them.

Felipe also mentioned that São Paulo and Rio de Janeiro, the major cities, tend to have more Dash and crypto accepting businesses than the average locations throughout the country. However, he has heard rumors that Dash and cryptocurrencies are becoming more popular on the western side of Brazil to exchange goods and services between countries.

In order to help save Brazilians from their government’s misuse of their national currency, an alternative has to be faster, cheaper to use, more secure, and hold its value better. Dash demonstrated itself as being able to reliably provide these services when Bitcoin’s fees and confirmation times spiked dramatically a few months ago. Like Felipe mentioned, things move extremely fast in commerce and consumers do not want to wait or pay a lot of money. Since merchants need to keep their customers happy, merchants choose payment option that keep consumers happy, such as Dash, which is why Felipe switched from Bitcoin to Dash.

Dash has been growing rapidly throughout Venezuela due to their terrible economic policies and inflation. Dash has capitalized on the desires of Venezuelans for an alternative currency by having key outreach events to educate consumers and merchants on the benefits of Dash and how to get started. Additionally, they have hosted Dash Cities to connect Dash consumers and Dash merchants with each other and demonstrated the commerce power of Dash.

Recently, the Dash Core Group hired Ernesto Contreras as Regional Dash Manager for Latin America. His ability to leverage successful Dash outreach strategies on a continent-wide level makes Dash poised to grow even further. Dash’s ability to have professional outreach coordinators to educate consumers that do not have the spare time to learn about cryptocurrencies is made possible by Dash’s uniquely decentralized DAO. This allows Dash to help increasing amounts of individuals suffering from government malfeasance and a lackluster banking industry, which has been all too common in certain Latin American countries. Dash allows individuals to achieve an efficient, secure, and reliable way to store and spend their wealth without having to depend on their government or large banks that mishandle funds and charge excessive fees. 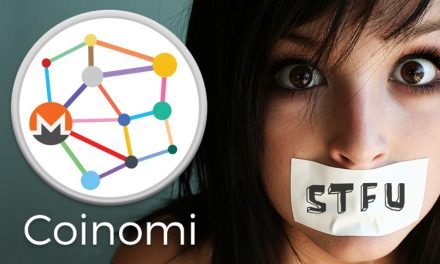 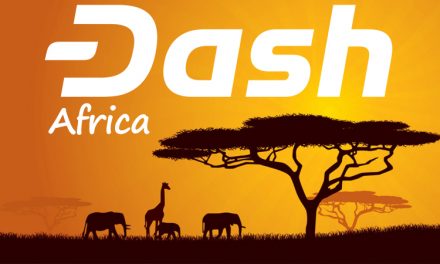