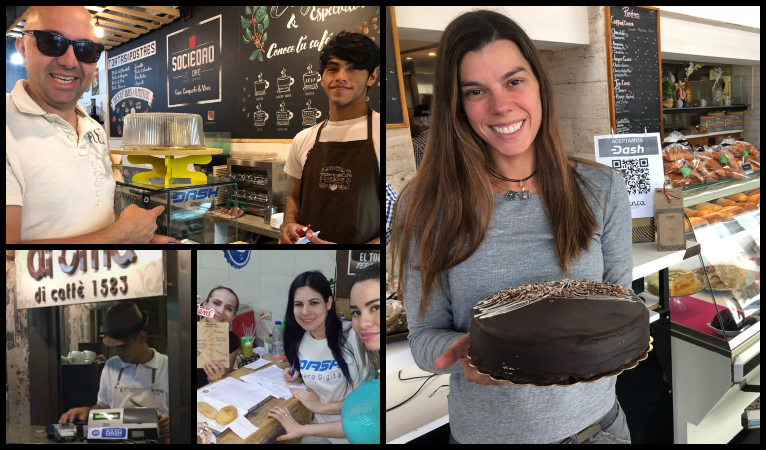 Dash adoption in Venezuela has grown to critical mass, exceeding that of all other cryptocurrencies in the region combined.

As is listed prominently on merchant directory DiscoverDash, Dash has reached 541 and counting merchants in the country, nearly one third of the global total. This stands in stark contrast to other cryptocurrencies, many of whom have struggled to achieve mainstream success as a method of retail payment. According to Dash Merchant Venezuela business development head Alejandro Echeverría, this is due to a comprehensive on-the-ground presence by various Dash teams providing support and technical assistance:

“In Venezuela we have over 500 merchants that are accepting Dash, with Dash Merchant Venezuela having onboarded up to 80% of them. We know from the developer of the point-of-sale system that we are promoting that there a lot of transactions happening daily right now. Currently, we are doing monitoring that aims to track all the activity from merchants: if they have doubts, any technical problem, and to make a more friendly relationship with the Dash brand.”

This concentrated effort is thanks to Dash’s treasury, which sets aside a portion of the monthly block reward of new coins created to fund development and other projects. Because of this, Dash has funded conferences, a merchant adoption program, and even a help desk center with live support.

A solution to hyperinflation, trade restrictions, and economic crisis

The significant upsurge in Dash adoption has given Venezuelans a reprieve from economic problems that have plagued the country. According to the Bloomberg Café Con Leche Index, the price of a single cup of coffee has already reached 1.4 million bolivars as hyperinflation rapidly devalues the currency. Dash, meanwhile, has multiplied in value nearly 25 times since the beginning of last year.

Additionally, Dash’s ability to instantly and securely send transactions anywhere in the world for a fraction of a cent has opened up new opportunities for businesses involved in international trade. According to Dash Venezuela founder Eugenia Alcalá Sucre, one merchant in particular has used Dash to maximize efficiency when dealing across three different countries:

“One belt maker was able to buy his materials in China and pay with Dash (the fastest business transaction he has ever made, he told us), and after the belts were ready he was able to sell the finished product to Honduras. He received Dash for that payment.”

Dash’s decentralization and global nature has enabled global financial transfers as efficient as in-person merchant purchases. This is particularly important given the current state of economic sanctions and isolation that Venezuela faces.

A major factor of Dash’s success in Venezuela has been its comprehensive approach, mainly targeted at its capital, Caracas. Because of this, Caracas may easily be considered the “crypto capital” of the world due to its significant number of cryptocurrency-accepting businesses, thanks to the major Dash adoption push. Echeverría sees significant success in breaking into the general public consciousness:

“The major impact and marketing work has been done in Caracas. Everyday more people know about Dash because of our billboards, conferences, presence at food trucks events, etc. When you ask people if they know what Dash is, it is very common to hear “Oh yeah of course I have heard about it, it is a cryptocurrency, I have seen the billboards and some merchants accepting it, but I would like to know more.” This tells us that the marketing work that has been done has been effective. It is not considered a scam, first some people ask if it is related to the “Petro” from gov because, as you know, the propaganda made by the government with that currency was very strong. But we obviously say that it is not related to the government, then we continue with the explanation, and it is easier.”

As a result, adoption in the Caracas area has flourished, with a presently-recorded 355 merchants accepting Dash in the city. This equals close to the total number of Dash merchants in the United States (including Dash-heavy New Hampshire), and represents nearly one Dash-accepting business per 5,600 people. This is the highest Dash concentration in the world and one of the highest per capita, overshadowed by Portsmouth, New Hampshire, which claims 28 Dash businesses for its small population of about 21,500 for over one Dash business per 800 people.

How Much Does It Cost For Gas in Your City ? Check it out in Venezuela 🇻🇪 But Make Sure You Bring a Suitcase 💼 of Money 💰#Cryptocurrency #Revolution #Dash 🇧🇷 #Dashbr #DashNation $Dash #DigitalCash #Blockchain #DashDinheiroDigital #Bitcoin #RodrigoDigital #TokenizeTheWorld pic.twitter.com/XTefLG6HBd

The rapid growth of Venezuela’s Dash ecosystem can be traced back to the creation of monthly conferences in the region to educate the local populace and form relationships with merchants. The initial treasury proposal was submitted one year ago, with the fist conference taking place in September. Before this, knowledge about cryptocurrency was extremely low and involvement in the field was perceived as dangerous, according to Alcalá:

“Before the first conference that took place in September 2017, people hardly spoke really about blockchain, cryptocurrencies or Dash. There had been only one famous conference held by PWC that managed to gather around 100 people. There was one store I know that accepted Dash, a computer store in Puerto Ordaz, a city at the east of the country, about a 10 hours drive from our capital, Caracas. Many people mined or traded cryptocurrencies, but they were afraid to talk about that. Actually, when my project started, strangers wrote me emails or messages worried about my safety. They feared that if I publicly talked about crypto the police would come after me.”

Alcalá believes that these monthly conferences turned the tide and created the present conditions where an explosion in real use has taken place, in particular thanks to the Dash City component of the conferences, which simulates a real-world Dash merchant environment:

“I believe the conferences created a momentum that has allowed more and more merchants and users to adopt Dash as payment or donation, even more when they also experience Dash City, because that allows them to learn not only in theory but also in real practice what is like to pay with Dash for little things like a cup of coffee, or big thing like a motorcycle. Also, along with the conferences, we have developed a media plan that has included dozens of interviews in YouTube, TV and radio shows, also dozens of articles in web platforms, newspapers and magazines, and training specialized for the journalists, so they can learn about Dash.”

The concentrated effort has paid off according to Alcalá, who emphasized the dominant presence Dash has achieved in the country:

“Today, after almost a year of our work, there are over 20 Dash communities around Venezuela, along with other projects. There are hundreds of merchants accepting Dash, making Venezuela the number one country in Dash adoption. We have been in the top rankings of Dash wallet downloads and access to the Dash.org web page.”

Echeverría concurs and believes that Dash’s story in Venezuela needs to be told:

“This is something that needs to be heard by the world. There is a lot of misinformation out there but I’m not going to specify that.” 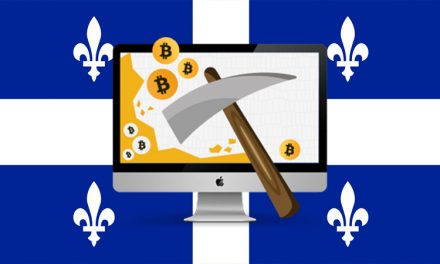 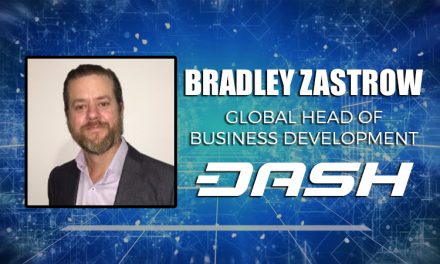