Alejandro Echeverría, co-founder of Dash Help, Dash Merchant – Venezuela, and Dash Text has filmed a new video of him buying pizzas with Dash from Papa John’s, the international pizza chain, in Caracas, Venezuela. As he walks into the pizza shop, he points out the store proudly sporting a ‘Dash: Accepted Here’ sticker displayed on their door and another one on their register. Before he makes the purchase, Alejandro mentions that Dash Merchant – Venezuela has affiliated four Papa John’s locations with Dash throughout the country. He then demonstrates the quick and seamless process of paying in Dash by quickly scanning the merchant’s QR code on the merchant’s phone. The pizzas are made and he walks away with two delicious-looking pizzas paid for with Dash.

The video comes only a few days after Alejandro filmed another video of him buying cookies from Susy’s Cookies, a local cookie franchise in Caracas. The video shows the merchant comfortably entering the bill into the Dash POS system and Alejandro purchasing some savory cookies in seconds with Dash. Then only a few days earlier, Alejandro filmed another video of him buying a sandwich with Dash from the international sandwich franchise, Subway. At the time, the fiat POS system was down across the mall and many merchants so Dash immediately proved its value proposition by allowing merchants and consumers that used Dash to continue operations unimpeded. Alejandro made his sandwich purchase with Dash through the Dash POS system in seconds.

The videos demonstrate on how usable Dash is in everyday life, which is accomplishing Dash’s motto of being Digital Cash. Dash’s value is being discovered most prominently in hyperinflationary Venezuela (over 1,500 merchants), but Dash is still growing around the world (3,000 merchants). As Dash further evolves to refine its operations and friendly user interfaces, Dash will appeal to a broader base of consumers that suffer from smaller inflation, but can still benefit from decentralized, digital, and peer-to-peer currency that is fast, cheap, and secure. 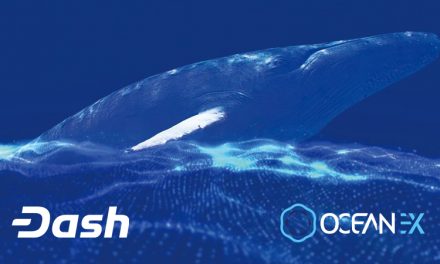